Serbian Orthodox priest Sevan Markovic and his family - his wife and 4-year-old twins - on Thursday came under attack on a road in the village of Zac in Kosovo. 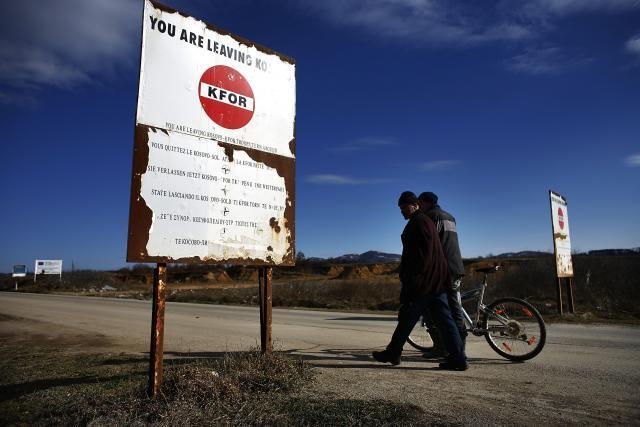 Markovic described the incident for the daily Blic, saying that the family was traveling toward Osojane, on their way back from the Patriarchate of Pec.

"It was seven o'clock in the morning. There was a van parked in the middle of the road, with doors open, in Zac. Next to it a man stood spilling water - so the road was blocked. I stopped and asked them to at least shut the van's doors so that we could pass. At that point it didn't even occur to me that this was a roadblock set up for me, for my family," he said.

Those blocking the road - members of the ethnic Albanian Kelmendi family - did not move the van. The priest then tried to drive around them, but there was no room.

"I opened the window and they moved toward us. They saw I was in clerical clothing and I thought they wanted to apologize for the blockade. I, too, wanted to get out of the car, to say everything was fine. And just as I opened the door, one of them kicked it back as hard as he could. They charged toward us. They started kicking the car and glass shattered. The children started crying," Markovic recounted the ordeal.

The priest, who in the past served in several churches in Kosovo and Metohija, speaks a little Albanian - so he said he understood what one of about a dozen Albanians who assaulted them shouted as he ran into a nearby yard, and according to him, it was, "Kalash! (short for Kalashnikov rifle) Kalash! Kalash! Give me the Kalash."

As the Kelmendis had at this point all gathered around the car, in that way freeing up a portion of the road, the priest accelerated the car and managed to drive past the barricade. The case was immediately reported to the Kosovo police, Blic writes.

The daily added that the Kelmendis have dozens of criminal complaints filed against them - and although they are "very well known" to the Kosovo police for weapons and drugs, they remain free. It was members of this family who in 2010 fired shots at Serb returnees in the village of Zac.

Stevan Markovic also came under attack earlier in the week, when Albanians threw stones at internally displaced Serbs and returnees who were visiting a destroyed church in the village of Petric.

"They attacked us, but I didn't want to stop the prayer," the priest said of the incident in Petric.