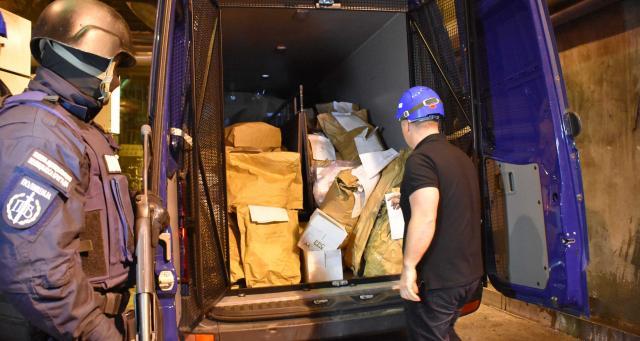 The drugs had been confiscated by the police over the past period.

Police Director Vladimir Rebic, who was present at the power plant, specified that the narcotics destroyed today consisted mostly of marijuana and heroin.

Rebic announced that four more tuns of illegal drugs would be successively burned in the coming period, as only 150 kilograms can be destroyed at a time.

Over the past three years, he added, the Serbian police have confiscated more than ten tons of various narcotics - demonstrating the intent and the dedication of the Interior Ministry (MUP) to tackle this type of crime and reduce to the lowest possible level the possibility of citizens "getting in contact" with drugs.

The process of destroying the drugs was on Wednesday monitored by representatives of the MUP and of a commission set up to oversee it, as well as those from public prosecutors' offices and courts, and the Serbian power company EPS