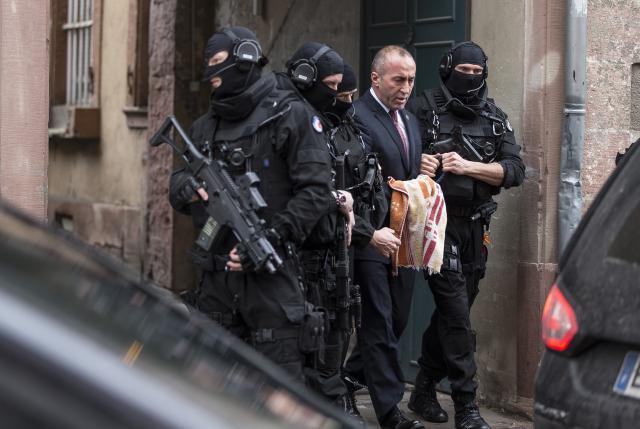 But the court is yet to make its decision on further actions in the case, according to Albanian language website IdeksOnline. Tanjug is reporting that the decision will be made on February 9.

The website said that Haradinaj's court appearance today lasted less than half an hour. Citing "well informed sources", it added that the decision on "whether to release him or extradite him to Serbia or to (special court for KLA crimes in) The Hague" would be made "next week."

Haradinaj was arrested in France on January 4 on an Interpol notice based on a Serbian war crimes warrant. A court later released him from custody, but confiscated his passport and banned him from leaving France pending a decision on Serbia's extradition request.

Haradinaj was in 2012 acquitted of all charges by the UN war crimes tribunal in The Hague (ICTY).

However, Serbian authorities say they have new evidence and want to put him on trial for war crimes committed in Kosovo in 1998 and 1999, not covered by the ICTY indictment.