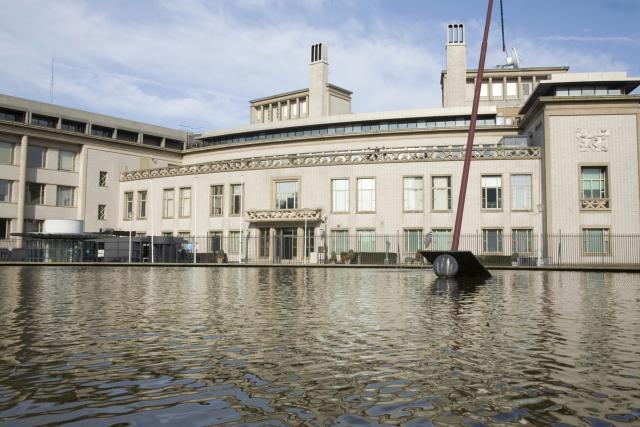 Clark made his conclusion based on the guilty verdict passed to Radovan Karadzic, which does not explicitly mentioned Milosevic's role in the crimes committed in Bosnia.

Also, Clark noted that there was "no official announcement or press conference regarding the exoneration of Milosevic" - a former Serbian and Yugoslav president, and a Hague indictee himself, who died before the end of his trial.

Radio Free Europe asked the Hague Tribunal for comment on this matter, and received this reply:

"The Trial Chamber of the Karadzic case found, at paragraph 3460, page 1303, of the Trial Judgement, that 'there was no sufficient evidence presented in this case to find that Slobodan Milosevic agreed with the common plan'. The Trial Chamber found earlier in the same paragraph that 'Milosevic provided assistance in the form of personnel, provisions and arms to Bosnian Serbs during the conflict'."

Radio Free Europe also said in its report that "the trial against Karadzic was against him and him only, and therefore has no impact on the separate case against Slobodan Milosevic."

Legal experts previously stated for Tanjug that it was not possible to make conclusions about one case based on another, while Karadzic's lawyer Goran Petronijevic stated that "if it is said that Karadzic's verdict acquitted Milosevic, then it found Vojislav Seselj guilty - who was found innocent in his own trial."

Previously, Serbian Foreign Minister Ivica Dacic issued a written statement saying that it was proved there was no guilt on the part of Milosevic, Yugoslavia and Serbia, and that the lies about genocide and war crimes, used as the basis for punishing Serbia and the Serbian people, had been brought down.

He recalled that almost five months passed since the sentencing of Radovan Karadzic, and that, although it was published publicly, and despite the fact paragraph 3460 states that Milosevic was acquitted of suspicions of ethnic cleansing and war crimes in Bosnia-Herzegovina - there has been silence about it in the West.

"Therefore, this brings down the picture of the Western policy towards Serbia being justified," Dacic said.

According to the statement, the judgment states that Milosevic said all members of other nations and ethnic groups must be protected, that the national interest of Serbs is not in discrimination (paragraph 3288), and that it is necessary to fight resolutely against crime (paragraph 3284).

Reacting to Dacic's statement, opposition LDP party leader Cedomir Jovanovic said that "politicians who are trying to justify their role in a tragic policy" are the reason for stagnation.

"To the same extent that we are willing to recognize the evil brought on by pro-Ustasha rapmages in Croatia, extremism in Bosnia-Herzegovina and Kosovo, we are ready to turn away from the tragic mistakes of our past and give legitimacy to people who wrote the blackest pages of our history," said he.

Labor Minister Aleksandar Vulin issued a statement similar to Dacic's, pointing out that the court in The Hague "confirmed the correctness of the policy of Slobodan Milosevic."

"The Hague Tribunal is tasked with reconciling the countries in the region, putting us on the same plane. It did not succeed in that. Well, when such a tribunal recognizes that Milosevic did not participate in the organized criminal enterprise, it is clear that Serbia was right," said Vulin.

The LDP also reacted to this statement by saying it was "precisely an expression of the disorientation of society."