Seselj says Hague Tribunal will sentence him to 25 years

SRS leader Vojislav Seselj said on Thursday that he would not be watching the reading of the verdict in his Hague trial via video-link. 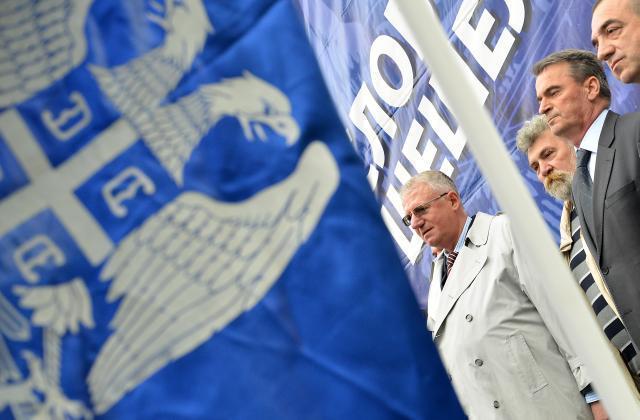 "Whatever the verdict is, I will appeal it," he said.

"Why would I accept watching the rendering of the judgment via video-link when Serbia's national television has an obligation to broadcast it live?," Seselj asked during a press conference.

Seselj also stated he "received information that he would get 25 years in prison."

The SRS leader said the party would stage a rally in Belgrade's Republic Square on March 24, protesting against NATO - on the anniversary of the start of the alliance's attacks on Serbia in 1999 - and also against the Hague Tribunal, as it will announce its verdict in the trial of Radovan Karadzic that day.

The Hague Tribunal said on Wednesday that its trial chamber would render its judgment in the Vojislav Seselj case on March 31 at 10 a.m. without Seselj attending and asked Seselj to inform them in writing by March 22 if he wanted to watch proceedings from Belgrade via video-link.