The Special Court in Belgrade has found Bojana Bajrusevic guilty of cigarette smuggling and sentenced her to five years in prison. 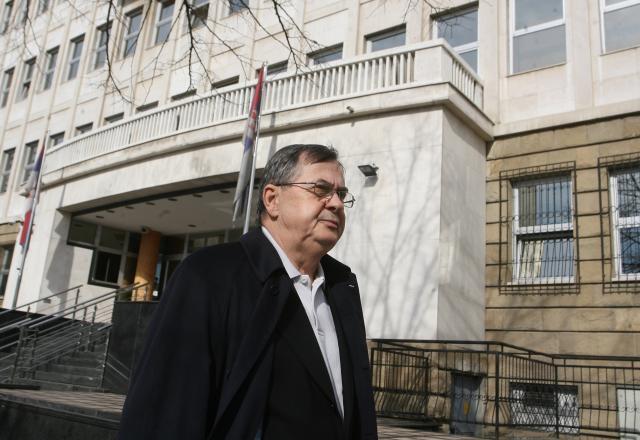 But her co-defendants in the trial, including former Federal Customs Administration Director Mihalj Kertes, have all been acquitted.

The court also decided to confiscate property gains worth over seven million euros from Bajrusevic, the widow of Vladimir Kovacevic, aka Tref.

Bajrusevic denied all charges against her at the start of the trial.

Beside Kertes, those acquitted include Miodrag Prailovic, Predrag Jonancic, and Valentin Petrov.

The indictment concerned the smuggling of cigarettes in the period between 1996 and 2001, while today's first-instance verdict that can be appealed by both sides came a decade after the criminal proceedings were launched in 2007.

Late Serbian and Yugoslav President Slobodan Milosevic's widow and son, Mirjana Markovic and Marko Milosevic, were also in the past under investigation on suspicion that they took part in cigarette smuggling. Marko Milosevic was suspected of joining Vladimir Kovacevic in this illegal activity, continued by Kovacevic's widow, Bojana Bajrusevic, after he was gunned down in Belgrade in 1997.

However, as both Mirjana Markovic and Marko Milosevic have fled the country and have the status of refugees in the Russian Federation, the criminal proceeding against them is currently "interrupted."

In 2014, Mihalj Kertes was acquitted of all charges in another trial, where he stood accused of taking money out of Serbia, and to Cyprus. The case was abandoned due to the statute of limitations rule.