The member states of the European Union reached an agreement today on another round of sanctions against Russia due to its aggression against Ukraine. 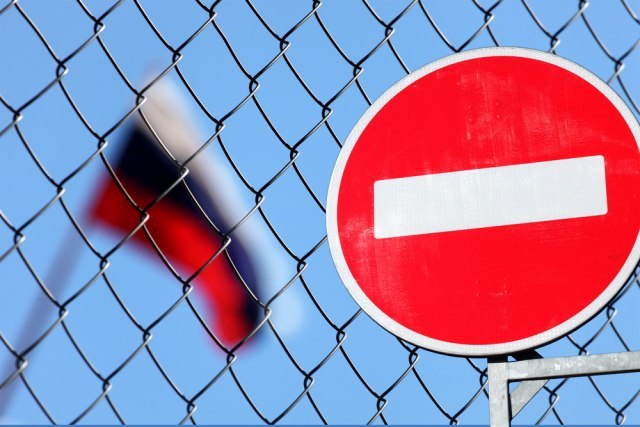 The member states of the European Union reached an agreement today on another round of sanctions against Russia due to its aggression against Ukraine.

This was announced by the Czech Presidency of the EU.

"Ambassadors have reached a political agreement on new sanctions against Russia - the EU's strong response to Putin's illegal annexation of Ukrainian territories," the Czech Presidency announced on Twitter, Reuters reports.

The final details of this decision, designed to affect Russia's revenues from oil sales, should be announced today, writes Politico.

Seven European diplomats have confirmed that the EU ambassadors have reached a framework agreement on new sanctions against Russia due to the war with Ukraine, including limiting the price of Russian oil, according to Politico.

A new package of sanctions against Moscow, the eighth to be introduced, was proposed last week by European Commission President Ursula von der Leyen after Russian President Vladimir Putin threatened to use nuclear weapons in Ukraine and then ordered the mobilization of hundreds of thousands of reservists.

A number of EU countries have expressed concerns about the new measures, particularly the part related to the introduction of an oil price ceiling, although the details have yet to be articulated in writing, according to Politico.

The draft of the new sanctions package provides a legal basis for the establishment of a ceiling on oil prices previously agreed by the G7 countries. No decision has yet been made on the actual price or range of prices in this announced cap, although the US has indicated that the cap could be set in a few weeks.

Malta, Greece and Cyprus, whose tankers carry most of the Russian oil, were concerned about the imposition of a ceiling on Russian oil prices due to the operations of their commercial fleets, which led to some concessions being made for those countries. In addition, Hungary has opposed plans for a total ban on Russian oil imports by delaying the decision-making process on new measures for weeks until it secured an exemption due to "its own supply needs".

Given the tensions and difficulties in the past, some diplomats are urging caution even though a verbal agreement has been reached on the introduction of new measures, according to Politico.

A complete ban on the import of crude oil from Russia should come into effect in December, according to Politico.

President of the Republic of Serbia met with the business delegation of the Government of the United States of America. 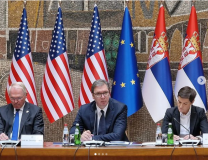 President of Serbia, Aleksandar Vucic, welcomed the President of the European Commission, Ursula von der Leyen, at the "Konstantin the Great" airport in Nis. 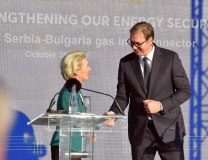 We learn: Vučić's sharp response to Croatia's decision is expected

President of Serbia, Aleksandar Vučić, said that he was shocked by Croatia's decision to stop importing Russian oil to Serbia through Janaf. 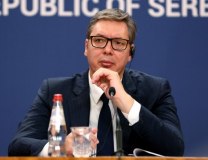 Vučić: "The situation is terrible and it'll get even worse. Demise in 6 months" VIDEO 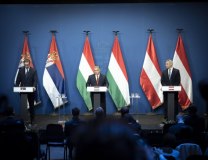 Proposal by American senators opposed by China, ignored by Russia

US senators led by Marco Rubio from the Republican Party called on the authorities to impose sanctions on the sale of Russian oil to China. 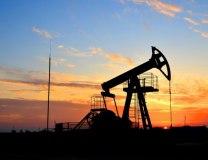 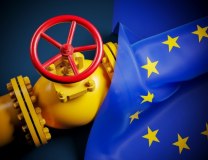 Vučić visits the works on the bridge over the Sava; "It is my fault..."

Serbian President Aleksandar Vučić visits Šabac, to attend the joining of the bridge over the Sava (section 2). 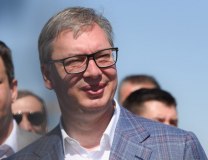 What is the effect of the sanctions imposed on Russia?

Various sanctions packages have been imposed on the Russian economy since the beginning of the special military operation in Ukraine. 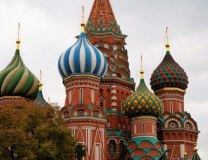