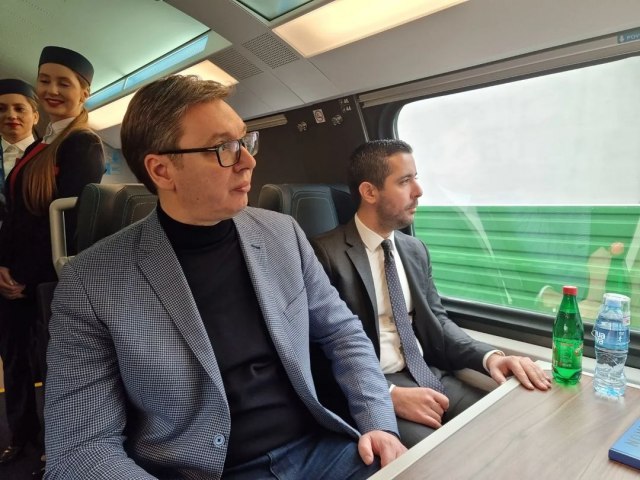 On that occasion, Vučić said that it was a picture of a different, changed Serbia, and that what used to be a mockery, today looks completely different.

Today, the President and his associates, and partners from Russia and China who worked on the construction of a high-speed railway from Belgrade to Novi Sad, rode a train, 200 kilometers per hour, for the first time on Serbian railways.

Upon entering the car, the president greeted train drivers, asking them about their experience with the new train so far.

"The train goes 200 kilometers per hour, you don't have to be afraid, enjoy the ride," they told the president and agreed that the most beautiful part of the entire route is the Cortanovci viaduct. "The train is extraordinary," the president commented.

As he said, some people in Serbia have never ridden a train, but that will change now.

The president said that it looks "like a nice and smooth train", but that there were a million troubles and problems.

"We are still waiting for the commercial ride to start on March 15, and these are the last preparations, so that it would be safe and secure so that people can enjoy themselves," said Vucic. He pointed out that Serbia has changed all that, it's now a different country, and a lot of money has been invested in that project. "With different infrastructure, different stations... what was a mockery back then, now it's different. I'm proud and I told the people from Stadler that I can't hide my joy when I approach the train... It's fantastic", said Vucic. As he said, he was most impressed by the scene from the viaduct in Cortanovci.

"It is such a beauty... with a view of the Danube, but also the entire north of Serbia, the whole of Vojvodina is beautiful," the president added.

He reiterated that the train will have two versions, i.e. one will run shorter, about 35 minutes, directly Belgrade - Novi Sad, without stopping, and the other slightly longer than 57 minutes.

President said that he prefers this 57-minute ride, not because it is cheaper, but because you stop at the stations, see what Indjija, Pazova, Karlovci, Petrovaradin look like...

"People will have the right to choose. But, with this, we have connected Belgrade and Novi Sad," Vucic pointed out. Vučić and other passengers were served coffee and chocolates, and the president, taking the first chocolate bar in that train, said that he would keep it as a souvenir. 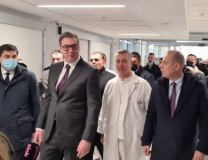 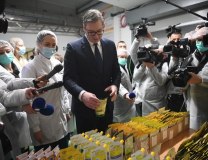 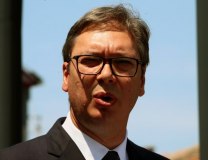 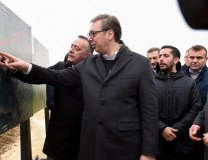 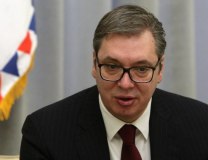 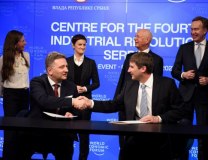 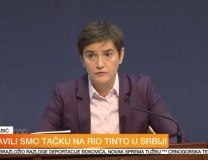 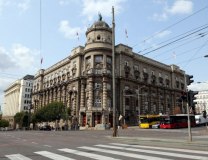