Irini Reljin: Competition is welcome on the Telecommunications Market

What does the agreement on business cooperation between Telenor and Telekom Srbija bring? 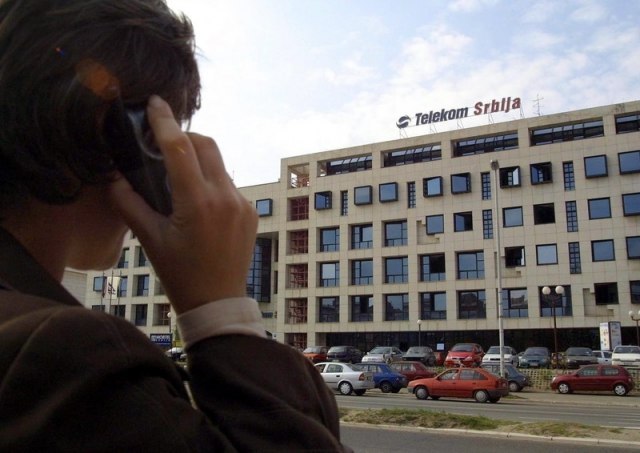 The entry of the new operator accelerates the competition on the telecommunications market, since the other participants are in some way forced to design attractive offers in order to acquire new and retain existing users, said retired professor of the Faculty of Electrical Engineering in Belgrade Irini Reljin.

"When Vip entered the mobile telephony market in Serbia as the third operator, Telenor and Telekom faced a new competitor, which significantly contributed to improving the quality of services and lowering prices," Reljin told Beta, commenting on the business cooperation agreement between Telenor and Telekom Srbija concerning the leasing of optical infrastructure.

She added that new technologies, such as the fifth generation of mobile electronic communications, bring large capacities for data transmission, which inevitably leads to existing operators concluding contracts with video content owners and thus increasing the set of services they offer to users.

"Telenor is expected to lay optical cables between buildings and houses and provide end users with media content services, which will increase the choice of operators, and thus more attractive offers will be available to the users." In this way, the operators will fight for their best possible market positions," said Reljin, who has been Assistant Minister of Telecommunications of Serbia.

As she explained, Telenor can also take over a number of Telekom customers, which also contributes to increasing competition in the market.

"In rural areas, there are settlements where it is not possible to simply provide cable distribution services for media content, so it can be expected that the prepared contract between Telenor and Telekom will solve some of these problems," Reljin said.

When asked about her opinion about the allegations that Telenor's contract with Telekom on leasing optical infrastructure is a cartel-like agreement, she said that, from the point of view of electronic communications, renting any infrastructure between operators, whether passive or active, is a necessity in modern networks and it is upheld by the applicable regulations in the field of electronic communications.

"The regulatory agency in the field of electronic communications, based on the analysis of existing markets in this area, declares which of the markets is subject to prior regulation and designates an operator with significant market power (dominant operator). Thus, RATEL declared Telekom Srbija the dominant operator in the wholesale market of physical access to infrastructure, as well as in the wholesale market of broadband (bitstream) access that is provided through its network of copper pairs," Reljin pointed out.

As she explained, the obligation of the operator that has been declared dominant in one of the markets is to provide every other electronic communications operator with access services to its infrastructure, necessary for that market, under the same conditions, if there are technical possibilities for that.

"The market of optical communications in Serbia is presently not subject to regulation by the Agency, primarily because it is insufficiently represented. In the absence of market regulation obligations, electronic communications operators may enter into commercial agreements with each other, as part of their own business policies and the needs of their companies. Our operators are well aware of this because they already have a number of mutual contracts on leasing optical cables," Reljin said.

She added that it is not clear why the contract on the lease of optical infrastructure, between Telekom and Telenor, is now attracting so much attention, since similar contracts already exist between other actors on the electronic communications market.

In her words, EU regulations on electronic communications provide for joint construction and use of infrastructure, as well as very flexible mechanisms for joint operation, and thus for leasing of not only fixed infrastructure and the associated installations, but also radio of the frequency spectrum.

"These tendencies in European legislation are justified, given the technological advances brought by high-speed optical and mobile networks, which are supported by the implementation of the Internet of Things and artificial intelligence. "If there is a need for regulation and coordination of the joint use of different forms of infrastructure, it is expected that the Regulatory Agency for Electronic Communications will do that in accordance with the adopted legal concepts,” Reljin said.

Asked whether the Commission for Protection of Competition can be expected to dispel all doubts, with its decision on the contract between Telenor and Telekom, about such contract threatening market competition, Reljin said that the contracts on leasing electronic communications network resources, as well as contracts on joint investment in infrastructure, are a common business practice in the EU and worldwide.

"Some operators own a widespread infrastructure that is difficult and economically unprofitable to replicate, and other operators often choose to lease the necessary capacity from infrastructure owners, instead of building their own parallel network and thus provide retail services to end users," she said.

She added that traffic, especially in video transmission, in electronic communications networks, by its nature and user behavior, has great variability and therefore it is difficult to design a network that would not have periods of unused capacity, which is the main reason why in modern electronic communications, the joint use of infrastructure at all levels is preferred.

"Telekom is currently the owner of the largest optical network in Serbia, so it is expected that operators will want to lease either passive or active optical capacities from Telekom, in order to offer retail services to their end users. However, it is also necessary that the operator that uses part of Telekom's infrastructure has the financial and technical capacity to build part of the network for having access to end users. In any case, the network of electronic communications is expanding, and when resources are shared, that process is very efficient”, said Reljin.

She stated that the Commission for Protection of Competition will consult with RATEL, as a regulator in the field of electronic communications, which monitors the developments on the telecommunications market and can review these contracts from all aspects and evaluate them based on the market shares of the operators.

"If there are any doubts, the relevant institution is there to make the final decision on whether an agreement is restrictive. "Based on the usual practice of leasing optical capacities in the field of electronic communications, such an inference could not be made," Reljin believes.

Commenting on the view that Telekom should offer to lease its infrastructure at auctions under the same conditions for all market participants, she said that electronic communications networks do not use a limited resource, so auctions, as a resource allocation mechanism, are not used here.

"Any complex leasing process is counterproductive, because it requires time for something that is often motivated by emergencies, for example, the interruption of the network of one operator requires a quick reaction of leasing capacity from another operator," Reljin said.

She added that Telekom, as the dominant operator in the wholesale market of physical access to infrastructure, as well as in the wholesale market of broadband access, has been obligated to provide these services under regulated technical and commercial conditions, published in the standard offers on their website. Hence, the company must provide those services to each operator under the same conditions if there are technical possibilities for that.

"The lease of optical infrastructure is not considered a regulated service, so Telekom can lease its optical network to other operators on commercial terms, and in accordance with its business decisions. Other operators are already doing the same," Reljin said, adding that domestic cable operators have very large capacities in optical networks.

Regarding the estimate of some experts that the market in Serbia will be liberalized only when all operators in Serbia are enabled to provide all four services - landline and mobile telephony, internet and television services, she said that the electronic communications market has already been liberalized.

"For example, at an auction that was transparently announced and carried out, Telenor received a license for the operation of a fixed electronic communications network. (Telekom already had such a license before). With the adoption of the Law on Electronic Communications and the principle that auctions are not conducted for networks that do not use a limited resource, fixed cable network operators reported their capacities in a simple procedure to RATEL. Thus, many cable operators merely officialized their already existing networks," Reljin said.

She pointed out that wireless systems that use limited spectrum, such as mobile operators, took part in auctions for the sale of rights to use radio frequency spectrum, which actions were transparently announced and carried out.

Burak Kiroglu: HygieneShield appliances, a part of a safe household in the new normal

Burak Kiroglu, general manager of Beko Balkans: "Beko has introduced a new line of HygieneShield products to the market" 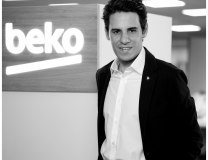 President of Serbia, Aleksandar Vučić, said that he was especially happy and satisfied to be able to inform the public about the arrival of investors in Valjevo 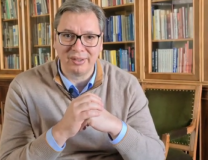 In future, Ministry of Finance will control the calculation of salaries for more than 500.000 employees in public sector through the Central Information System. 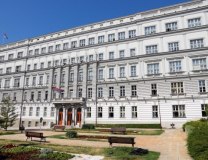 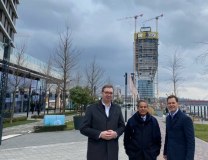 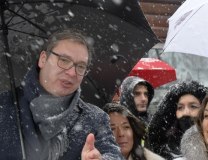 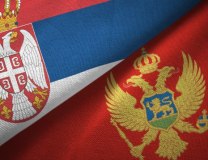 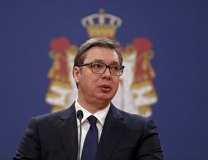 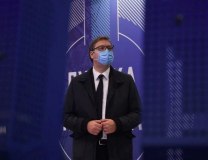