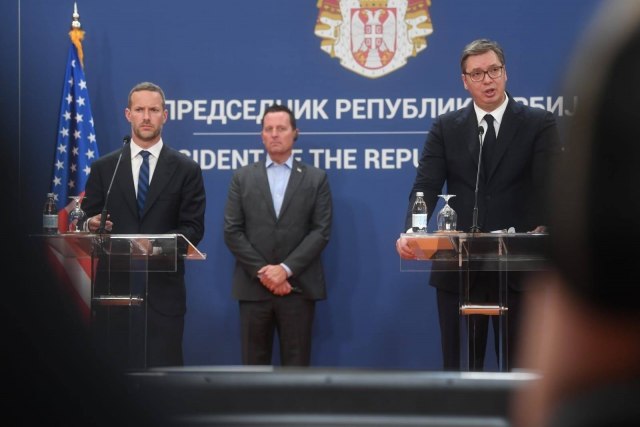 "This is an important day for us. Almost 140 years had passed since then, to make a significant economic agreement with the United States," Vucic said in a public address after signing a joint statement with DFC representatives and US special envoy Richard Grenell.

"On the other hand, those talks were not always easy, but we respect everything, and we will fulfill our commitments in the agreement."

He said the doors have been opened to renew Serbia’s old friendship with the US, adding that the talks in Washington were not easy. “Serbia will meet all its obligations in the agreement,” Vucic said. He said that the idea is for Serbia to develop economic relations with its Western Balkans partners. “We want to have the four great freedoms – freedom of movement of people, goods, capital and services,” he said.

He said that many said that our trip to Washington and the agreement had something to do with Donald Trump's presidential campaign, but that the arrival of the DFC in Serbia said the opposite.

Here, as he says, is an American team of important people from various sectors of the US Government who are there with the desire to be more present in the region.

He said that it is important to achieve freedom of flow of goods, people and capital in the Western Balkans, which will change the atmosphere and contribute to a better life for people.

The arrival of DFC has not only a symbolic meaning, but also means finding new jobs, he said.

“Wherever the Americans come to invest, that place has a future, and we are proud that this office is opening in Belgrade," Vucic said.

"Not only will we make better administrative crossings, but also roads, railways, which will connect us with Albania and other countries," the President of Serbia pointed out.

"This is a good job for the people and for the Serbian and Albanian people," he said. Last year, we had a historical maximum in the exchange with the USA, it was doubled to 854 million dollars, but we believe that we can increase that, Vučić said. As he said, DFC will participate in guarantee schemes for small and micro enterprises, which Serbia successfully gave to its companies during the crisis caused by the pandemic.

"I am absolutely sure that we can make great results with our American friends. This is a good job for the Serbian and Albanian people, but also for all other people who live with us. We will build roads, railways, we have solved part of that section with the EU. We will continue to talk to the Americans, who are certainly already participating a lot. We will continue the talks with the Albanians under the auspices of Brussels. We can hardly wait for meetings with our American friends. The better we live here, the more foreign workers we will have. Everything we agreed with the United States is extremely important. We have hard work ahead of us," Vucic said.

He said that it should be seen when the first airline will go and whether Lufthansa will be that airline - "it is important for us that people connect, that we export goods, capital".

The special envoy of the US President Donald Trump, Richard Grenell, said that many promises were given to the Serbian people and said that Washington is serious about its promises to Belgrade to open new jobs. "We want to fulfill the promises we made to Serbian officials and focus on economic development", he said.

"we keep our word, not only for the Washington agreement, but also for the agreements related to roads, air traffic, railways," Grenell said.

Grenell said that they do not just want to put words on paper as government officials.

"I thank President Vučić because he is not only a tough negotiator, but also someone who honestly says what he can and cannot do. We do not ask that Serbia always agrees with the United States, there will certainly be a difference, but I want us to always listen to each other, that always, whatever the decision, we part as friends. I think that symbolism, political issues will find their way in time, when people have well-paid jobs. President Trump has dedicated himself to the economy. Our commitment is reflected in the fact that we will always keep our promises. This is the largest delegation we have ever brought to Serbia", Grenell said.

"Symbolism is important, but it does not bring food to the table. Keep our word to see that jobs are being created," Grenell said.

"I want to commend the courage of all those who signed the agreement two weeks ago. It is not only historic, but it is an agreement that focuses on the future, not the past. We came because we saw a commitment to change and because we believe in strength. This opening today is not symbolic, it is an office that is here to stay, and that shows our interest in this region", Boehler said.

The main reason for the visit of American partners and officials is the opening of the DFC regional office in Belgrade, through which the projects will be realized, and detailed talks were announced on the continuation of financing the main project envisaged by the agreement from Washington - Nis-Merdare-Pristina highway.

The meeting of the Serbian delegation, led by President Aleksandar Vučić, with the special envoy of the President of the USA, Richard Grenell, and the Executive Director of the American International Development Finance Corporation (DFC), Adam Boehler, started today at 2 p.m.

The meeting, at the Palace of Serbia, is also attended by Prime Minister Ana Brnabić, as well as Ministers Ivica Dačić, Zorana Mihajlović, Branislav Nedimović and Rasim Ljajić and the President of the Serbian Chamber of Commerce, Marko Čadež.

The topic of two-day talks between Serbian officials and the DFC delegation, which arrived in Belgrade last night, is primarily infrastructure and other projects, which could be financed by that American fund, but the meeting in the Palace of Serbia could include a range of topics related to US-Serbian relations. 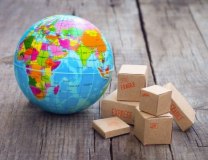 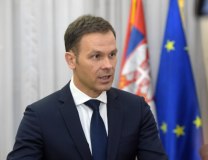 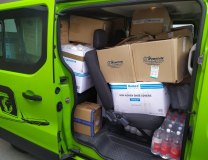