A new large factory producing software, parts and engines for airplanes will be opened by Germany's MTU in Serbia's South Banat region. 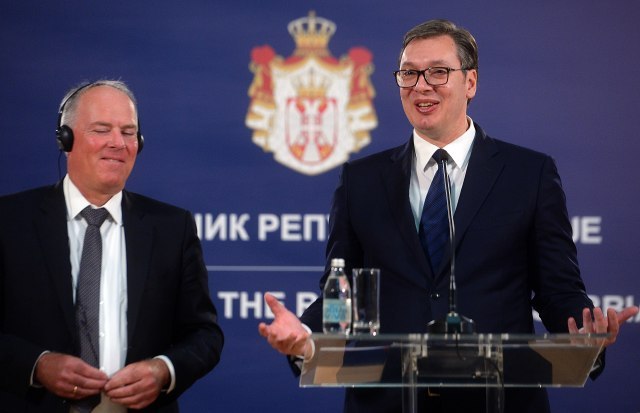 A memorandum of understanding was signed on Tuesday in Belgrade by the Serbian Ministry of Economy and MTU Aero Engines AG, which will make this high-tech investment in Serbia

The memorandum was signed by German Ambassador Thomas Schieb and Serbian Minister of Economy Goran Knezevic, in the presence of President Aleksandar Vucic and MTU Executive Board member Michael Schreyogg. The contract will be signed in June, Vucic has announced.

The German avionics engineering giant has been operating for 85 years and has around 10,000 employees around the world.

"Today is a great day for our country. State-of-the-art aviation industry has arrived in Serbia. One third of aircraft in the whole world has parts made at MTU factories. This is a big project for us," Vucic said on Tuesday, adding:

"This is a project that signifies a new, high-tech life. Serbia is returning to the sky of global and European aviation industry."

As the president announced, the factory will employ 450 people in the first phase.

"The aviation industry is something that is growing globally, and it will continue to grow. These people from MTU have no cares. They know that they will have a market for the next 30, and 50 years. They have long-term strategies. They will not leave here for the next 50 years. This is important for us because it promotes us to a higher economic league," Vucic said.

According to him, this is "a great victory for Serbia."

The company is known for manufacturing 14 types of engines used in civilian, and 9 in military aircraft. In addition to the Munich plant, it also has factories in the US, Canada, Poland, and China.