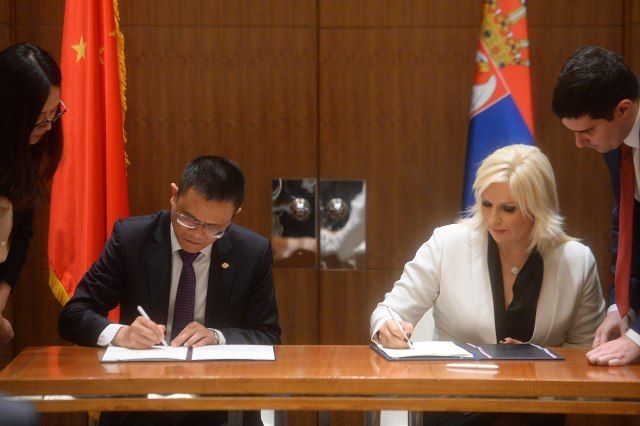 Deputy Prime Minister and Minister of Construction, Transport and Infrastructure Zorana Mihajlovic signed with the consortium Power Construction Company of China and Azvirt a Memorandum of Understanding on Cooperation.

It will allow the implementation of the Road Construction Project around Belgrade on the E70/E75 highway and the freight roundabout railway, section Bubanj Potok-Pancevo (Sector C), the government has announced.

She also signed the General Agreement for the reconstruction and modernization of railroad sections on Corridor 10, section Belgrade-Nid-Presevo-state border with North Macedonia, between the government of Serbia, Serbian Railways Infrastructure and Chinese company China Road and Bridge Corporation (CRBC).

Mihajlovic also signed a Memorandum of Understanding between the Ministry of Construction, Transport and Infrastructure of the Republic of Serbia and the Ministry of Trade of China on the establishment of the Working Group for Investment Cooperation.

The deputy prime minister signed a Memorandum of Understanding between Serbia and the company Power Construction Company of China Limited on cooperation in connection with the implementation of the project Belgrade Metro.

Minister without Portfolio in charge of Innovation and Technological Development Nenad Popovic signed three agreements with Chinese company CRBC, which acquire the conditions for starting work on the project of the Serbian-Chinese industrial park in Borca. 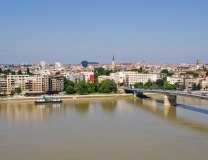