Prime Minister Ana Brnabic spoke on Wednesday in Belgade with President of the European Bank for Reconstruction and Development (EBRD) Suma Chakrabarti. 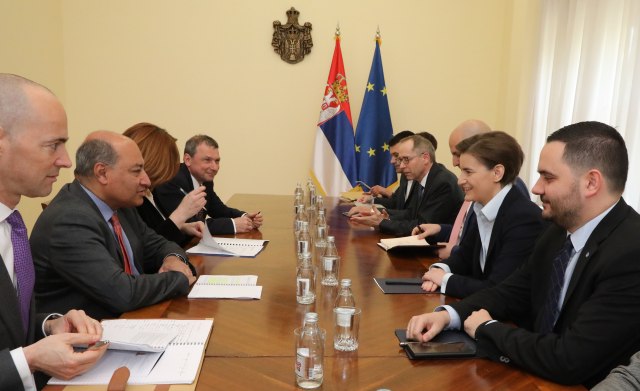 They discussed "cooperation to date and plans for the future projects of the EBRD in the Republic of Serbia," the government has announced.

Brnabic informed Chakrabarti about the progress of the reform process, especially in the field of the economy and education, and underlined that cooperation with the EBRD is significant for the further development of the Serbian economy.

She said that even stronger development of the IT sector remains to be the priority goal in the coming period, as well as greater investments in the development of small and medium-sized enterprises in which the support of the EBRD would be very significant.

Chakrabarti expressed satisfaction with the reforms implemented, especially in the field of the economy, and assessed that progress has been made, and that a stable economic climate is a good incentive for new investments in Serbia.

The meeting also looked at future EBRD projects in the area of infrastructure and energy.

The two officials highlighted the importance of the realization of the project for construction of a waste treatment plant in Vinca.