Serbia and Turkey are ready to make concrete their cooperation in the field of electric power supply and gas distribution. 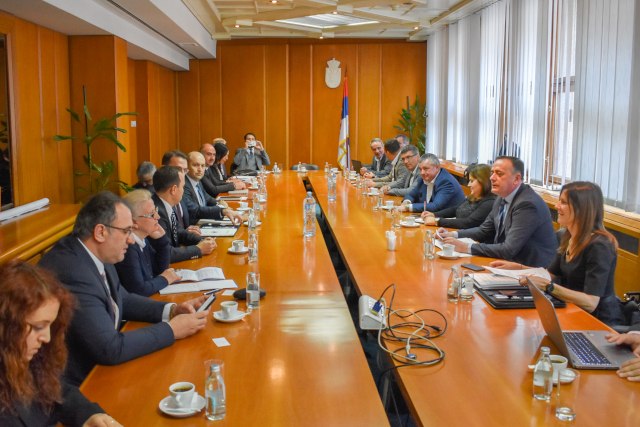 This was said in Belgrade on Wednesday, during a meeting between Minister of Mining and Energy Aleksandar Antic and representatives of the Ministry of Energy and Natural Resources of Turkey, and Turkish energy companies.

The Turkish delegation was led by the country's Ambassador to Serbia Tanju Bilgic, with another topic discussed being "cooperation within the transmission system of the electrical network, through the Center for Security Coordination, which would greatly contribute to the overall security of transmission systems throughout the Balkans," the Serbian government announced.

Antic assessed that "overall relations between Serbia and Turkey are at a high level, given the strong partnership and friendship of presidents Aleksandar Vucic and Recep Tayyip Erdogan, which contributes greatly to economic cooperation and overall political stability."

He said that the meeting was important because representatives of the leading energy companies of the two countries were also present, who expressed interest in strengthening the partnership, establishing cooperation and implementing future joint projects.

The minister "expressed expectation that the experts of the relevant ministries and companies from the two countries will continue to find the modalities of cooperation, so that at the next meeting, the two presidents could discuss concrete results in the field of energy."