Serbian President Aleksandar Vucic on Thursday received representatives of the Bechtel-Enka consortium to discuss implementation of the Morava Corridor project. 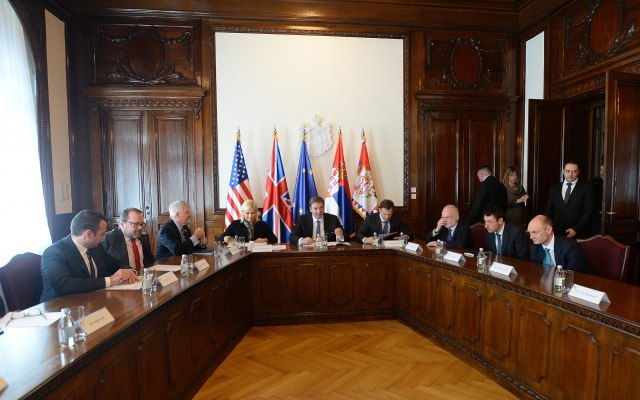 Vucic said he was expecting the construction of the corridor to begin as soon as possible - as early as Q3 2019, by which time the project documentation and expropriation must be completed, Tanjug is reporting, citing an official statement.

With the representatives of the financial institutions, Vucic also discussed funding models for the project and said he expected the most favorable loans, it added.

Simultaneously with the construction of the Morava Corridor, there are also plans to equip three industrial zones along the Pojate-Preljina MW, which is strategically significant for Serbia as it connects Corridor 10 with Corridor 11, Vucic also said.

Serbian ministers of infrastructure, transport, and construction, and of finance - Zorana Mihajlovic and Sinisa Mali - were present at the meeting.

The meeting was also attended by representatives of financial institutions: US EXIM Bank, OPIC, the Bank of America and UK Finance, as well as US and UK ambassadors to Serbia.