Serbian-Russian bilateral trade volume has been on a rise over the past several years and the goal is to reach the 2008 level of 4 billion dollars. 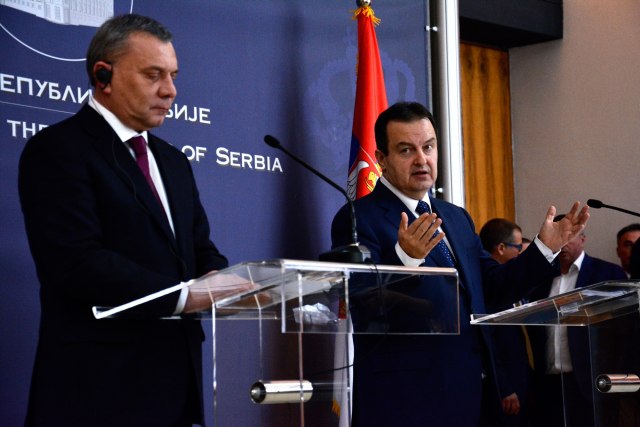 Serbian Foreing Minister and First Deputy PM Ivica Dacic said this Thursday, adding that the 2018 trade volume had been 3.6 billion dollars - 500 million more than in 2017, Tanjug is reporting.

"Our exports account for one billion of that sum," Dacic said after a meeting of an intergovernmental committee on trade, economic and scientific and technical cooperation, which he co-chaired with Russian Deputy Prime Minister Yuri Borisov.

Dacic said Serbian agricultural exports to Russia had totalled around 350 million dollars last year and that the committee had discussed ways of improving bilateral trade relations, the coordination of a FTA with the Eurasian Economic Union, as well as Serbia's WTO accession talks.

Expansion of gas transport infrastructure and providing gas to every part of the country is crucial to Serbia, "which means that TurkStream must run through Serbia," he said.