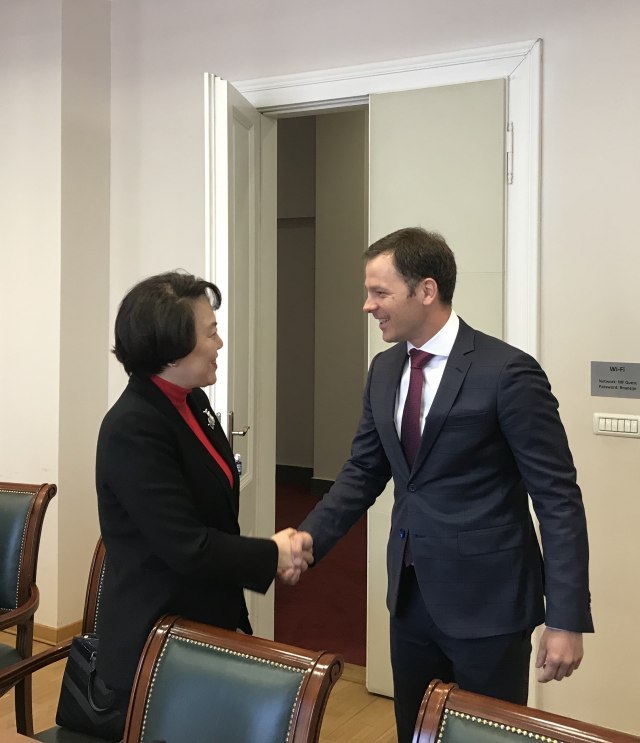 The minister welcomed the Chinese ambassador, who recently began her diplomatic mandate in the Republic of Serbia, and particularly emphasized excellent cooperation with the previous Ambassador of China Li Manchang, adding that he believes that successful cooperation will continue.

The interlocutors agreed that the Republic of Serbia and the People's Republic of China are bound by traditionally friendly relations, which have been particularly strong in the last few years, and that in this context, the most important are the areas of business and economy.

The minister emphasized the importance of Chinese investments in Serbia, and especially the investment of Zijin in RTB Bor, Hbis in Zelezara Smederevo and the arrival of Ling Long in Zrenjanin.

During the meeting, the officials also spoke about the Bank of China, which has been present in Serbia since recently - it is the fifth largest bank in the world. The minister pointed out that he will meet with the management of this bank in next week.

Mali informed the ambassador that at the end of April, together with the President Aleksandar Vucic, he will participate in the Second Forum on Cooperation in the framework of the Belt and Road initiative, to be held in Beijing. He emphasized the importance of this initiative and the gathering, which is one of the most important events of its kind in the world. 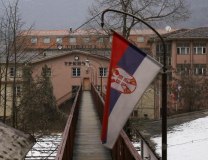