At its meeting On Thursday in Belgrade, the National Bank of Serbia (NBS) Executive Board voted to keep the key policy rate at 3.0 percent. 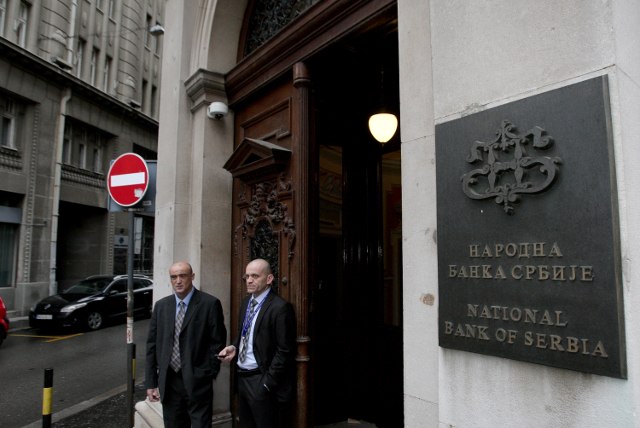 In making this decision, the Executive Board took into account primarily the outlook for inflation and its factors, as well as the effects of past monetary policy easing, the central bank announced in a press release.

"Inflationary pressures stayed low even against the background of strong economic growth. Inflation continued to move within the target tolerance band, measuring in October 2.2% y-o-y. In the coming period too, inflation is expected to remain stable within the target tolerance band (3.0±1.5%), its movements reflecting mainly the steady rise in aggregate demand. Both the financial and corporate sectors expect that the achieved price stability will be maintained, as signalled by their inflation expectations anchored around the 3% target for both one and two years ahead," the NBS said, adding:

"The Executive Board judges that caution in monetary policy conduct is still mandated, primarily because of developments in the international environment. The expected further rate hike by the Fed and the wind-down of the QE programme by the ECB by the end of the year could affect capital flows to emerging markets. In addition, protectionism in international trade remains one of the sources of uncertainty in the international financial market, which could dampen investor sentiment. Despite a recent decline, the global oil price remains an inflation factor that urges caution, given its uncertain movement going forward. Nevertheless, the Executive Board stresses that the resilience of our economy to potential negative effects from the international environment has increased, owing to improved macroeconomic indicators and prospects."

The Executive Board assesses that the effects of past monetary policy easing contribute to economic activity which has been growing at the highest rate in the last ten years – 4.5% y-o-y in the first three quarters of 2018. A strong impetus to such economic performance comes from the two-digit investment growth, which will continue to spur manufacturing exports in the coming period. Investment expansion is also supported by favourable financing conditions, credit growth, and increased government capital investment, notably into infrastructure. Also, the net inflow of foreign direct investment, which continues to comfortably cover the current account deficit, reflects positively on export growth and a reduction in external imbalances in the medium-term.

At the meeting, the Executive Board adopted the Memorandum on Inflation Targets until 2021, whereby the inflation target until 2021 is set at 3.0±1.5%, the NBS announced.