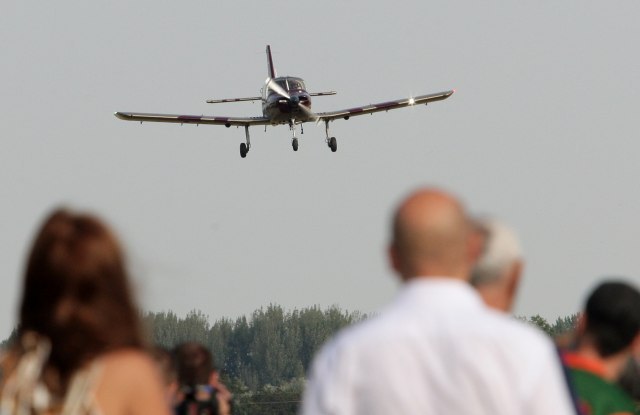 The aircraft was independently manufactured by Utva Aviation Industry located in Pancevo after three decades of inactivity.

The flight lasted one hour. The main designer and development director of the company, Aleksandar Petrovic, told the press that over the next 10 months the entire certification process would be completed to start series production.

SOVA is a single engine, low wing airplane, intended for training, sport flying and tourism, air taxi services and panoramic tours. Optionally, the airplane can be used for reconnaissance, aero-photo shooting, and other operations.

Petrovic added that the plane could also be used for training military pilots since it could carry weapons if furnished with appropriate equipment.

The pilot Zoran Spanovic stated that Sova was the product of domestic excellence and the aircraft was in the same category as the planes such as "Cessna " and "Piper".

"Sova is a highly competent aircraft, with exceptional performance ", said Spanovic. He added that the aircraft had the newest digital equipment and can fly both during day and night and under all conditions.

Sova has maximum horizontal speed at 230 km/h, a 210 HP engine and the aircraft endurance at economy speed is 4.2 hours. The configuration of the landing gear allows landing on concrete and prepared grass runways