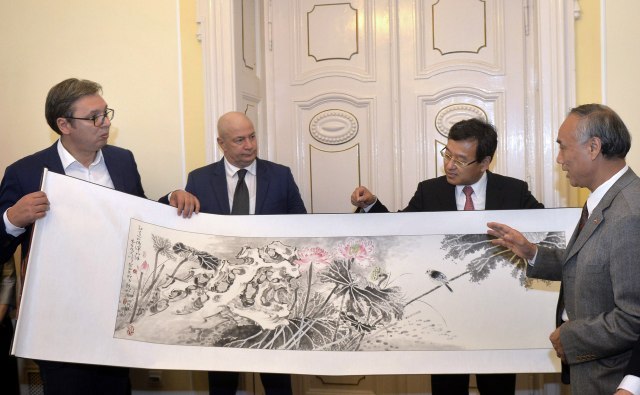 The factory would be built in the City of Zrenjanin, said the President of Serbia, Aleksandar Vucic and added that they were waiting for the contract.

He said that the news that the Chinese were investing more than EUR 800,000 million in Serbia were reported all throughout the region and a good part of the Europe. He added that "in our Zrenjanin they will produce more than 13 million tires per year".

"I know the people of Zrenjanin will all keep up with my visit to China, There are 25 days left when the contract will be signed in mine and the presence of the Chinese president Xi Jinping. Then Zrenjanin and the whole Banat region would be able to rejoice because this is a massive thing not only for them but our whole country" Vucic said

Vucic added that the president of zinc production companies, Mr Jerry Jiao, was also present and that he had chosen a location in Zrenjanin to also invest there.

According to Vucic, Jiao's company would employ 500 workers.

Vucic also stated that Poland, Czech Republic and Slovakia were competing for the tire factory and he said he would offer them the best possible conditions.

Vucic said that Wang Feng, Chairman of the board of directors of Linglong Tires made him a promise he would bring three more companies to Serbia.