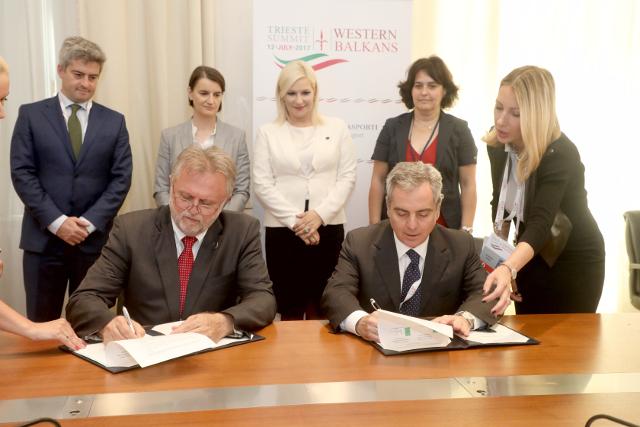 He spoke during a meeting with Serbian Prime Minister Ana Brnabic in Trieste, who is in this Italian town for the Western Balkans Summit.

The EIB is also prepared to secure the funds required to encourage economic growth and productivity, with particular focus on infrastructure and development projects, Scannapieco said, according to Tanjug.

The Serbian government said in a statement that Brnabic "stressed the importance of good cooperation with the EIB, especially for infrastructure projects, both for those who are current and those to be launched, citing four clinic centers in Serbia as an example."

She "pointed out the importance of the science and technology park in Belgrade, which brings together innovative and start-up companies, especially emphasizing the completion of the Student-Creative Centre in Nis, which is expected in the fall."

According to Brnabic, one of the priorities of the government is to start entrepreneurship and strengthen the start-up of the community.

The delegation of the government of Serbia also included Deputy Prime Minister and Minister of Construction, Transport and Infrastructure Zorana Mihajlovic and Minister of Finance Dusan Vujovic.

Also in Trieste today, Vujovic and Scannapieco signed the final contract to fund reconstruction and modernization of four clinical centers in Serbia, by which the bank approved a 25-year EUR 50 million loan.