Tanja JakobiSource: cordmagazine.com Thursday, May 4, 2017 | 11:25
Tweet
Share
A protest in Zagreb on May 1 against former Agrokor owner Ivica Todoric and the Croatian government (Tanjug)

Both serve to demonstrate the structure of the local economies, in which market favourites are produced by the Partocracy.

Who could be shocked by the fact that Agrokor is a giant with glass knees? This has been known for a long time by anyone who has followed the company’s rating and the dizzying pace of its borrowing. Agrokor began living on credit even before the company decided to swallow Slovenia’s Mercator at any cost. Today many analysts believe that it was precisely this last major and expensive acquisition that felled this business conglomerate. While this is true to a certain extent, the logic of Agrikor’s rise and fall is embedded in the very foundations of its creation.

Agrokor, like many other slightly smaller conglomerates of domestic capitalists, developed during troubled times of transition in which the former state capital of ex- Yugoslav republics was stuffed into the private pockets of the favourites in the new states that emerged out of the ruins of the former shared country. Initially all local tycoons grew within the borders of their own country. Some immersed themselves completely in criminal waters, while others sank and rose depending on how adept they were at guessing future political winners.

Those who were even more skilled managed over time to grow so much that they acquired serious negotiation (and blackmailing) power – expressed primarily through the number of workers they employed, are not through their tax contributions to the community. This power of theirs also saw politicians who would otherwise hold them to account converted into collaborators, to their mutual benefit.

The brightest blooming among them, such as Agrokor, also became “truncheons” in regional political disputes – who will control whose economy? Today that battle between Slovenia, Croatia, Serbia and Bosnia- Herzegovina, in which Agrokor is one of the biggest employers, continues with mutual attempt at outmanoeuvring, to see which state will transfer the least to its taxpayers, and which Croatian conglomerate has the largest amount of debts, which are estimated as being in the billions of euros.

Not all local capitalists in the region are simply fraudsters whose only skill boils down to forging close ties with the ruling political parties. Some of them have in the meantime, especially since they started facing foreign competition, done a lot to modernise and improve the efficiency of their operations. But the environment of the countries in which they have operated, and where they operate today, is hardly any better than at the start of transition – characterised by weak rule of law and consequently weak institutions, bureaucracy, a lack of transparency and endemic corruption.

Such a system discourages genuine entrepreneurs, ideas that might acquire confirmation of their value on a regulated market, and which redirects (almost) all intellectual abilities of entrepreneurs towards seeking misconceptions that lead through the echelons of power. This is a path that turns one (businessmen) and the other (politicians) into rent seekers. In the blank space between, the momentum is lost for fast-growing giants to gain high quality middle and top management that would be better able than the founders to conduct the accumulated volume of business and put a full-stop before the bubble bursts.

The space for paying and collecting rent was created, of course, at the expense of the weaker – small producers, suppliers and farmers – who never received their claims from small and large “agrokors”. Each of these occasions led to the demise of potentially healthy economic players who would, in any healthy economy based on sound market principles, represent not only engines of economic development, but also creators of new jobs.

However the Agrokor case unfolds, it is unlikely to represent a lesson for the regional political elite and their “agrokors”, as long as they have room to place the burden for the cost of such behaviour on the backs of their own citizens and their life choices. 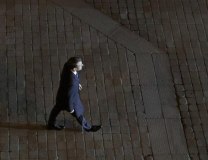 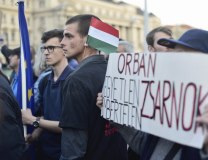 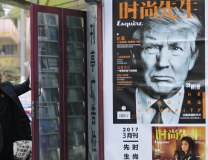 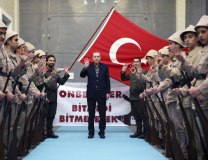 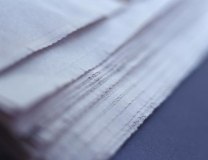