Berlin now joins Madrid, Paris, London and Nice on the memorial roll of major terrorist attacks on European soil. The name of Breitscheidplatz, a somewhat dreary, elongated square in the strangely centreless centre of the old West Berlin, will now become a synecdoche for terror, joining the Bataclan in Paris, the Atocha station in Madrid and the Promenade des Anglais in Nice.

At the end of one of the worst years in living memory, disgraced as 2016 has been by the massive atrocity of Aleppo, there stands 'Berlin'. At least, I hope it's the end, for the devil who has been writing history this year may yet have one last horror to throw at us, before we stagger like wounded soldiers into the trenches of 2017.

It's too soon to say what exactly was behind the Berlin attack, but it's not too soon to describe the challenge it poses. Put very simply, it is this: can the centre hold? As the flood waters of populism have risen in Britain, Poland and the United States, and are now rising in the Netherlands and France, we have looked ever more to Germany as the stable, liberal centre of Europe – and even of the West. Germany is the centre geographically, economically, politically and even socially, and the centre of this centre is Angela Merkel. The hope has been, and must still be, that by fighting Germany's general election next autumn from the centre, Merkel will be returned to office, perhaps in a new coalition with the Greens and the Free Democrats (black-green-yellow, hence aka 'Jamaica').

But what if Breitscheidplatz turns out to be what so many analysts have always feared: a major terrorist attack perpetrated by someone who entered Germany as a refugee after Merkel 'opened the door' last summer, whether or not he was inspired or even instructed by so-called Islamic State? Could 2017 yet see her going the way of David Cameron? And what would come then?

An already notorious comment tweeted by the Alternative for Germany (AfD) politician Marcus Pretzell – 'these are Merkel's dead' – is so disgusting that there must be an initial revulsion against that right wing, anti-immigrant and anti-euro party. But when this send voters to the AfD in the months to come? As serious and revealing is the instant reaction of Horst Seehofer, leader of the Christian Social Union (CSU), the Bavarian sister party of Merkel's Christian Democratic Union: 'we owe it to the victims, those directly affected and the whole population to rethink our whole immigration and security policy'. Now the CSU is doing everything it can to keep its voters in Bavaria from defecting to the AfD, which may even be useful to Merkel, but this certainly increases the pressure to harden her line.

Some hardening is inevitable, and indeed desirable. The not legendarily effective German intelligence and security agencies need to work better. Probably, and as a liberal I say this with great reluctance, Germany needs some more surveillance – although not half as much as the British have blithely conceded, with barely a murmur. Like America, France and Britain, Germany could certainly use more skillful anti-radicalisation strategies, including online counter-speech of the kind being pioneered by the Institute for Strategic Dialogue in London. That will involve working with Facebook, Google and Twitter, rather than simply pillorying them, in the now customary German fashion, as big bad American corporate wolves. (Yes, they are part of the problem, but they can also be part of the solution.)

It will also mean, in Germany as elsewhere, getting used to living with a slightly higher level of risk, as Britain did through decades of IRA terrorism, without losing your liberal bearings. So the deeper challenge is whether German society has the strength to live up to the liberal ideal that Merkel evoked in her initial, restrained and dignified remarks, defending 'the life that we want to live in Germany: free, together and open.' Germany's previous record on the integration of migrants and post-migrants is not one of the best in the West. Things were already hanging very much in the balance as a result of the refugee crisis; even more so now.

So what earthly reason have we to believe that Germany will be immune to the disease whose outward blisters are Donald Trump, Marine Le Pen and Geert Wilders? Well, several reasons actually. Germany is one of the few Western democracies to be doing well economically. I have lost count of the number of times Germans have said to me 'we're a rich country and we can afford to integrate 1 million refugees'. There are not many countries in the world where you would hear that. Unlike Britain, it also has a relatively responsible popular press. While Bild, its counterpart of the Sun, has blasted away against the euro, the German tabloid has been remarkably restrained in its treatment of the refugee issue. And that brings us to probably the most important reason of all: Adolf Hitler. Precisely because Germany once had the diabolic epitome of populist xenophobia, it is now most resistant to it. Pray God that taboo holds.

So far, the treacherous hyperbole has been kept at bay. In stark contrast to George W Bush and Tony Blair, the liberal Süddeutsche Zeitung had a powerful first response headed 'Germany is not at war'. Be resolute, but keep it in proportion. The Bild headline, however, was one word which all readers will instantly understand: 'Angst!' I think Merkel instinctively homed in on the deepest mental danger for her compatriots when she said 'We don't want to live paralysed by the fear of evil'. A Berlin daily responded to the atrocity with a front-page picture of a Christmas tree in front of the Brandenburg gate, and three words from the Gospel according to Saint Luke: 'be not afraid!' The Polish lorry-driver who seems to have been the first victim of this murderer will surely have known that this was the message tirelessly repeated by Pope John Paul II, who added another simple injunction: 'defeat evil by good'. It's a tall order, but if Germany can even get close to this ideal, it will be leading Europe by its example. 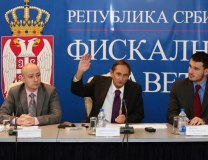 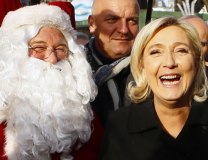 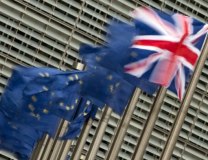 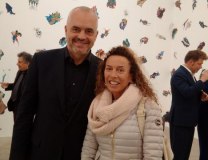 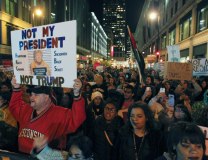 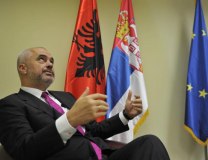