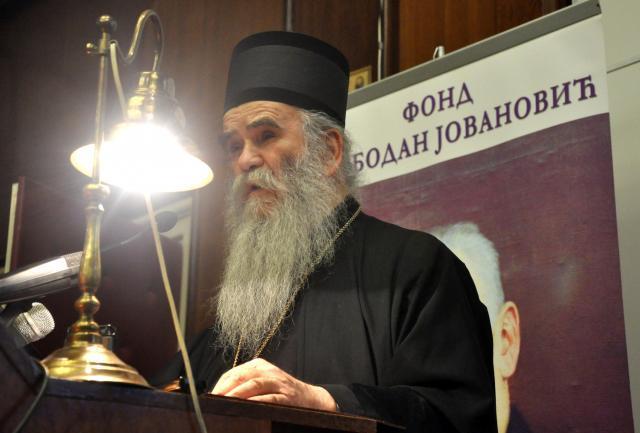 Metropolitan was serving liturgy in the Podmaine monastery when he said those now in power in Montenegro were there "not because they are the best, but to be seen whether they are men or brutes."

"Now our leaders swear by the NATO alliance. They say, for the sake of security. It's the security that was provided by Mussolini and Hitler. It's that same security. And then, that wasn't enough - they also renounced the lifeblood of Montenegro - Kosovo and Metohija. And how those offshoots of theirs tell them they don't even recognize the border they determined themselves," the Metropolitan said, according to reports in Montenegrin media.

He also spoke about last week's incidents in the village of Musutiste in Kosovo, when ethnic Albanians prevented displaced Serbs from visiting a local church and the graves of their ancestors.

"This was done by those that Montenegrin potentates have recognized as authorities and a state. Please God restore their minds and reason," said Amfilohije, noting that "those Montenegro has recognized as a state" now seek Montenegro's territory "across the border, toward the Vasojevici."

The metropolitan then mentioned the proverb, "what's taken by force is cursed," and added:

"One cannot build the future upon a crime, not one's own, not that of one's children. The future cannot be built like that in Kosovo. Nor can it be done in Montenegro by means of fratricide and divisions among brothers. Because, this Montenegro of today, it is not being built on the reliquaries of Saints Vasilije (Basil) of Ostrog or Petar (Peter) of Cetinje, or the King and Lord Nikola I Petrovic and his borders. It is being built on the blood spilled through fratricide from 1941 until 1945."

The SPC dignitary especially welcomed Russians who were in attendance during liturgy at the monastery, and noted that "Montenegrin potentates" have imposed sanctions on Russia.

To describe them, Amfilohije used the Italian word, "Montenegrini" - a term used disparagingly - and added:

"Imagine Montenegrins who put sanctions on Russia. That's insanity. Such insanity has never occurred in these areas. That, in fact, is like imposing sanctions on St. Peter of Cetinje, who left this legacy behind him: 'May living flesh fall off those who renounce the same-faith, same-blood, same-language Russia'."