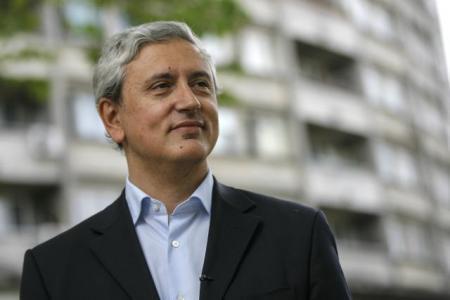 "The fact that the Serbian budget will run into surplus in the first eight months this year by approx. 20 billion dinars, which is about 100 billion dinars better than what was agreed with the IMF, is surely an impressive result of Serbia's fiscal authorities, which considerably contributes to the macroeconomic stability", Krulj, an economic adviser to the Serbian government, said in his statement for Tanjug.

In his words, this will contribute to the long-term sustainable economic growth, but also to fulfilment of economic conditions in the EU integration process.

Krulj emphasized that the budget surplus had been a rare occurrence in Serbia's recent history and that it came as a result of a successful process of economic reforms pursued by the Serbian government.

In his words, such fiscal results allow for conditions to be met for Serbia to have a budget deficit that will, in the long run, be consistent with the EU requirements for full EU members i.e. at 3 percent GDP.

"Likewise, such good fiscal results will allow for faster creation of conditions for reducing the level of public debt - nominal and percentage share in GDP", said Krulj.

In his statement for Tanjug he said that exceptional fiscal results support the creation of long-term and sustainable high growth rate of 3 percent and above, in this and in the following years.

"Such good fiscal results allow for a possibility, as announced by Prime Minister Aleksandar Vucic, to start negotiations with the IMF in the fall about increasing the salaries in the public sector, primarily for the military, police, health care and education system, which would also have a significant effect of economic reforms", said Krulj, who is a professor at the University of Leuven in Belgium.

He said that such impressive fiscal results attest to the success of the reform process in Serbia and serve as evidence of success for international financial institutions, such as IMF and the World Bank, but for the European Commission as well.

"We should particularly point to the data that, after a long while, the unemployment rate will be below 16%, which is a very significant fact that shows Serbia is generating strong economic growth, but there is also a considerable inflow of new investments, new factories and jobs", said Krulj.

All this shows that Serbia is taking a true reform course, said Krulj.