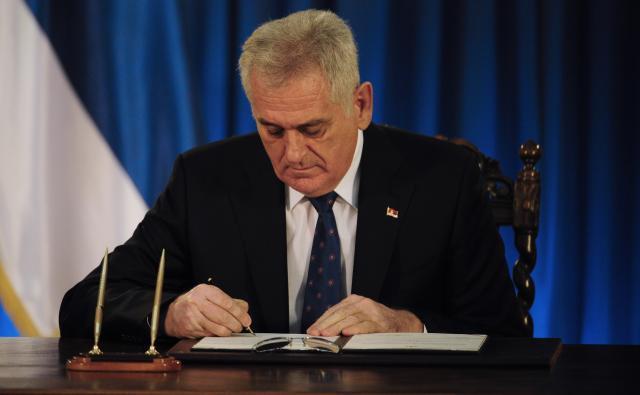 Nikolic said the RS "should take into account also the wider context " - that is, "the mood of the states deciding on our fate."

"Everything is in the hands of the RS. One should always take into account what those who are powerful think, but one should never lose one's autonomy," Nikolic said, adding that any interference would constituted "a violation of the sovereignty and integrity of the RS."

The Serbian president said his country would respect any decision made by citizens in a direct vote, "and will always try to get broad international support for that decision."

Commenting on the announced referendum, Nikolic said that holding referendums is a democratic right of every nation.

"A referendum's result is sometimes disliked by a wider community, and sometimes it turns out that those who organized it were wrong. There are referendums that brought good to citizens, while I believe that the (Brexit) referendum in Great Britain brought nothing good to either Britain or Europe," said Nikolic.

RS President Milorad Dodik on Monday dismissed speculations that Serbian PM Aleksandar Vucic has tried to convince him to abandon the idea of holding a referendum on RS Day, pointing out that the Serbian PM has never pressured him over it.

Dodik pointed out in an interview for Vecernje Novosti that relations between Belgrade and Banja Luka are not such that pressure is put on the leaders of RS by Serbia.

"It has always been an exchange of thoughts on the importance of an issue", said Dodik.

Asked how realistic the option of abandoning the referendum is, Dodik replied that it will be held.