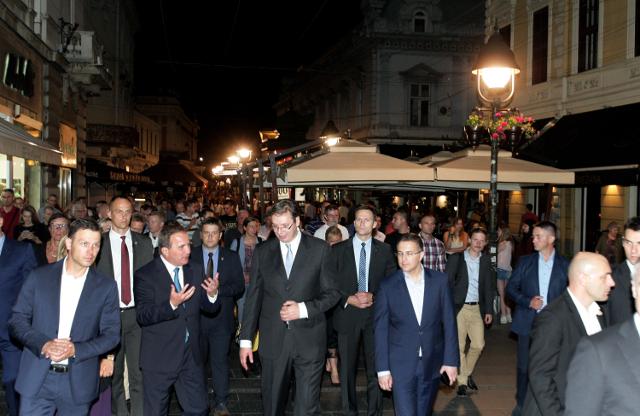 Lofven is the Scandinavian nation's first head of government to visit Serbia since 2000, with his bilateral visit not being a part of a broader regional tour.

He will hold a meeting with his host, Aleksandar Vucic, on Tuesday morning, with Serbia's European integration and, in particular, economic cooperation between the two countries as the main topics on the agenda.

The Swedish PM said in an interview to the Politika daily ahead his visit to Belgrade that his country always strongly supported Serbia and the Western Balkans' integration into the European Union, and that it would continue to do so.

Lofven described relations between Sweden and Serbia as excellent, adding that there was considerable potential for expanding trade and strengthening economic ties between the two states.

Vucic visited Sweden in February last year, urging Swedish companies to invest in Serbia and noting that the country needed their experience and support to boost the competitiveness of its economy and improve its business climate.