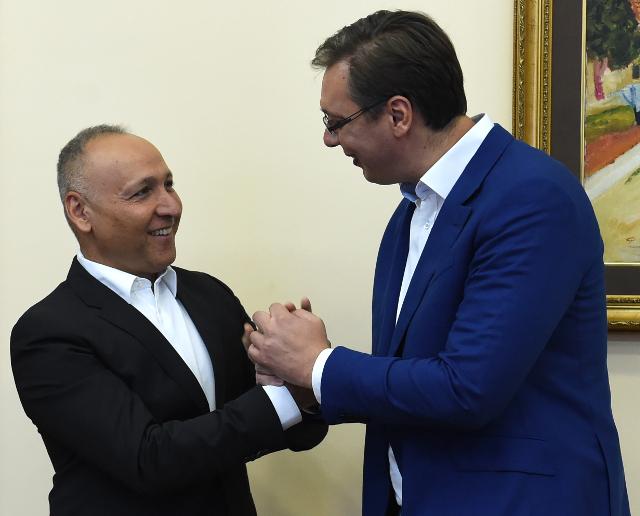 Political and economic relations are now at a very high level and we believe that in the future we can improve them, Vucic stated.

Levy noted that during his tenure, "significant and positive developments in bilateral relations have been achieved."

Prime Minister Aleksandar Vucic also today received a farewell visit from Swiss Ambassador Jean-Daniel Ruch, thanking him for the good cooperation and personal contribution to enhancing the relations between the two countries.

Ruch "particularly praised Vucic for his successful tenure as prime minister and the good reform program, adding that Serbia was a pillar of stability in the region," according to the government's website.

Relations between Serbia and Switzerland are "excellent," Vucic said, noting the development of "economic relations, as indicated by existing Swiss investments."

Vucic expressed the hope for an even greater presence of Swiss companies in Serbia in the coming period.

As one of the examples of improved cooperation, Vucic highlighted the introduction of the Swiss model of dual education in Serbia to encourage entrepreneurial spirit among young people.