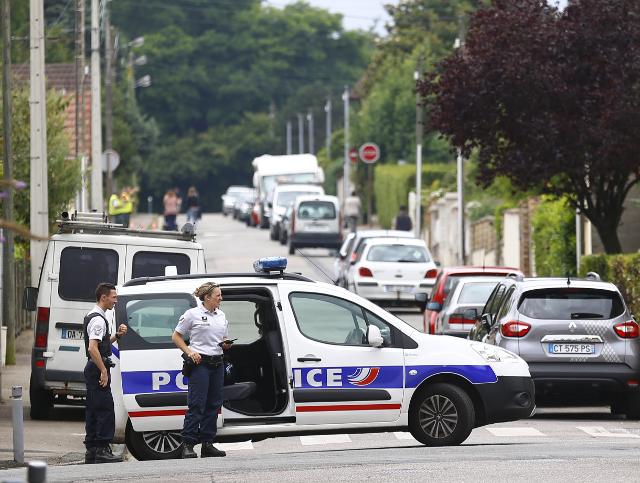 Earlier in the day, the two attackers used a knife to kill a priest and took hostages before they were shot and killed by French security forces.

It has since emerged that at least one of them had a previous arrest and was under surveillance due to his plans to "go to Syria."

French President Francois Hollande said the church attack was carried out by persons with ties to Islamic State, and described his country as being "at war."