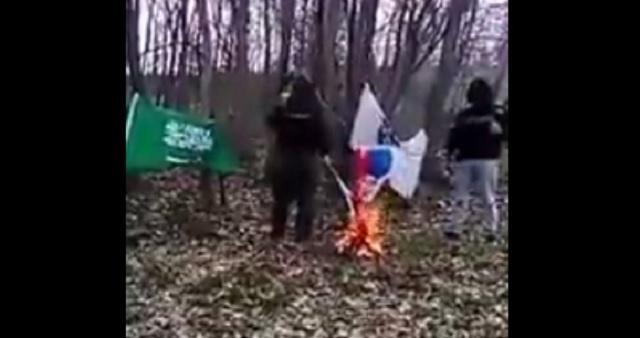 At one point, a shot is heard fired.

It is unknown where and when the video was made, but it is believed the incident happened in Bosnia-Herzegovina. Banja Luka-based Nezavisne Novine newspaper said that a song heard in the background is called "Tigers of Bosnia" and that its lyrics "contain a clear message":

"A smell is spreading in Bosnia, there's no country more beautiful anywhere, be brave my Bosnia, the enemy is once again preparing injustices. Brothers' message to everyone, we won't give you to the enemy, we are coming from all sides to trample on your enemy."

The lyrics also note that "the people are peaceful while enemy's sabres are cutting them," and adds:

"Strengthen us, my Allah, we are faithful to Resulullah, brothers ready like tigers, my Bosnia all you have to do is call, we are all ready for the tekbirs (calls of "Allahu Akbar"), for our hearts to calm down with ezans (adhans, Islamic call to worship) from minarets, we are coming from the end of the world."