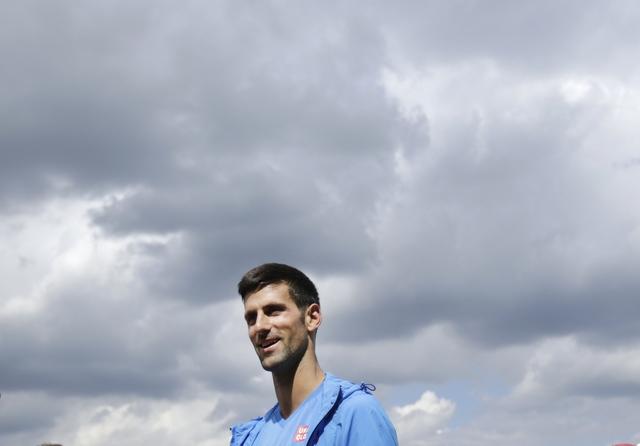 Djokovic is seen in London on June 27 (Tanjug)

"I have not decided yet, but I am closer to a decision to skip that tie. Immediately after Wimbledon, my focus will be on the Olympic Games and I will do my best to get a good rest first and then start fully serious preparations for Rio," Djokovic the daily's reporter in London.

"A quick transition from a grass surface to clay is not a simple matter - it brings many risks and I am close to an agreement with head coach (Bogdan) Obradovic and my teammates on skipping the tie against Great Britain. However, it is not an easy decision to make as there is nothing more beautiful for me than playing for Serbia, in front of my own people," he said.

Djokovic, who won the bronze at the Beijing Olympics, said he was making no secret of his wish to win the gold medal in Rio.

"I will do my best to win the gold, but other players are coming to Brazil with the same objective," Djokovic said.

Serbia will host Great Britain in the Davis Cup quarter-finals at Belgrade's Tasmajdan Stadium on July 15-17.