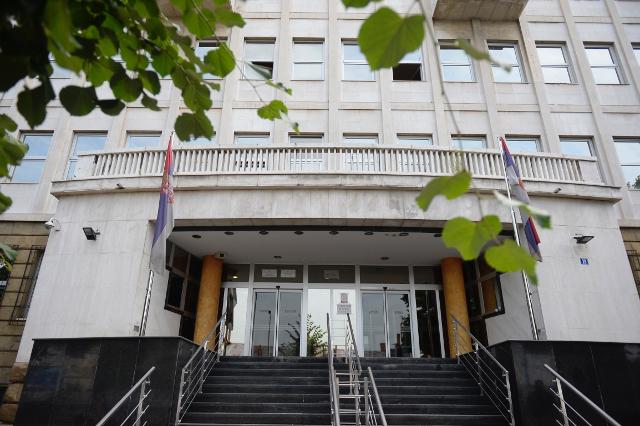 The Special Court in Belgrade is seen on Monday (Tanjug)

But Miskovic has been acquitted on charges that he incurred financial damage to road maintenance companies by siphoning off their money.

Judge Maja Ilic said the council of judges ruled unanimously that he helped his son Marko Miskovic evade about RSD 320.2 million (around EUR 3 million) in taxes.

Marko Miskovic was found guilty on February 25 and sentenced to three and a half years in prison, and ordered to pay RSD 8 million in fines. His company, Merainvest, must also pay RSD 320.3 in taxes. However, like his father, he was cleared of charges related to siphoning off money from road companies.

Both the Organized Crime Prosecution and Miroslav Miskovic, who was not present for the reading of the verdict, are now expected to appeal the ruling before the Court of Appeals in Belgrade.

Both Miskovic and his son were arrested in December 2012 and sent several months in prison before they were set free on several-million-euro bails pending the outcome of their trials.