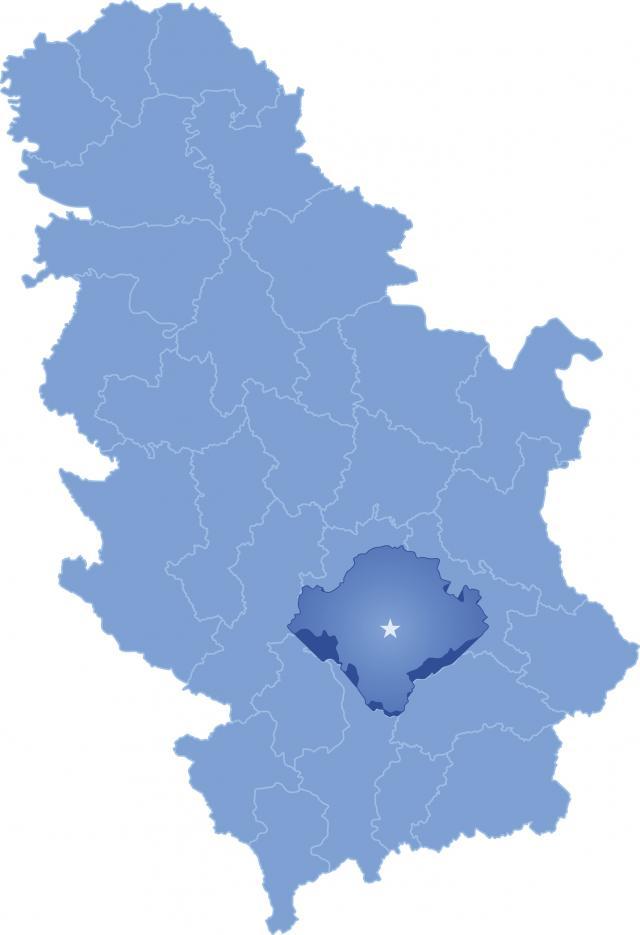 The Russian broadcaster said the reasons behind it are "lack of money, and the goal of Albanians to expand outside the administrative line between (central) Serbia and the southern Serbian province (Kosovo)."

From 2010 until 2015, Albanians from Kosovo have been "en masse" buying apartments, land and arable land in Nis, Leskovac, Vranje, Kursumlija, Prokuplje. This phenomenon is currently stagnating there, said the report, but added that villages in these municipalities are "still the target of realtors from Kosovo."

Albanians are most interested in the area around Vranje, along the municipal boundary with Bujanovac, and Toplica (Prokuplje, Kursumlija, Blace) - in other words, villages near the administrative line with Kosovo. "However, the biggest craze was at one time in the city of Nis, where, according to unofficial figures for the last three years, about 1,500 Albanians bought apartments, while the figure has reached 11,000 in the wider area of ​​Nis," writes Sputnik, but notes there is "no official data on exactly how many Albanians from Kosovo have bought land, and where, in southern Serbia."

The most important reason behind this lack of official data is that the sales contracts are done via Serbs from Kosovo.

"In fact, everything is going according to law. For example: an Albanian gives a Serb money to buy a property in their own name, making another contract in court according to which the Albanian is lending the Serb precisely that amount of money, while the property is taken as collateral," the article said, adding that the Serb then "fails to repay the debt in time, allowing the Albanian to become the owner of the property, without leaving any trace of the transaction."

Serbs do this in return for a percentage of the money, while real estate agencies as well as Serb and Albanian lawyers are involved in the scheme.

As Albanians from Kosovo are still considered to be citizens of the state of Serbia they can freely buy real estate anywhere in the country. "However, the problem is that they do not recognize Serbia as their country, and therefore engage Serbs to do the job for them," Sputnik writes.

Amid the large influx of Albanians from Kosovo last year, leaflets with the slogan "Stop the Albanization of Serbia" at one point appeared in Nis. However, it was never clear who distributed the leaflets, with the organizers of this campaign remaining anonymous to this day. The leaflet stated that Kosovo Albanians, through intermediaries, had become owners of over 300 housing units in the city.

Novi Pazar, in southwestern Serbia, is also on the list of desirable locations, but there buyers are interested mainly in farming households, away from the city. This is why media often speculate these are in fact members of the radical Muslim Wahhabi movement. "There has been information that the newcomers to the area around Novi Pazar are very interested in buying property in Apatin (in the northern province of Vojvodina), where a larger number of farms and other properties has allegedly already been bought," Sputnik reports.

In Prokuplje, Blace and Kursumlija, Albanians are particularly interested in buying farms. "They are close to Kosovo and very cheap. Albanians offer several-times higher than realistic prices for the farms in that region, and do not take ownership but instead give the previous owner a special power of attorney, usually drawn up by a lawyer in Pristina, which 'loans' the property to the person in question," the article continued.

None of this goes through the legal system of Serbia, so this form of "acquisition" and changes in the ownership structure remain invisible to the country's system. There are ten villages in the municipality of Kursumlija with no inhabitants, which Albanians have already "usurped." Sources with knowledge of the situation "claim that these Albanians, mainly from Podujevo, bought about 50 farms in the vicinity of Kursumlija in late 2014." In the area of Leskovac, where land is very suitable for growing fruits and vegetables, Albanians pay EUR 5,000 for a farm house in good condition and the land around it.

This interest in Serb property in southern Serbia has been widely associated with the Albanians' intention to expand the administrative boundary of Kosovo into other parts of Serbia, said Sputnik, quoting local journalists as saying that "everything is taking place silently and under a shroud of invisibility, while Albanian is increasingly heard spoken in southern Serbia."

According to the report, citizens in these parts of the country "live in fear that due to the increasing influx of Albanians from Kosovo they will suffer the fate of Serbs in Kosovo."

"They believe that Serbs decide to sell their houses and land to Albanians because these municipalities are among the poorest in Serbia. Therefore, they are convinced there will be more and more Albanians in the future in these areas, and less and less Serbs, and that 'a quiet occupation' of southern Serbia is in progress," Sputnik concluded.