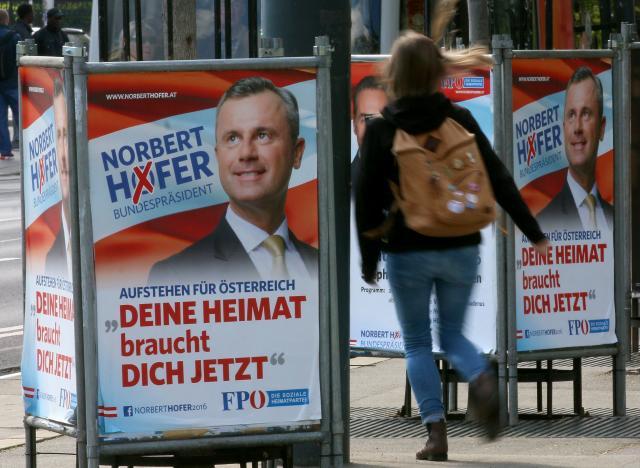 He believes that, when it comes to Kosovo, wounds are still fresh and problems too big, and that admitting Kosovo to international organizations, including the EU and the UN, would only produce negative reactions.

"I believe that admitting Kosovo to international organizations at this point would create more problems than it would solve," Hofer said in an interview with Tanjug.

Hofer, who triumphed in the first round of presidential elections, is confident that the problem of Croatia's blocking Serbia's EU accession talks will be solved.

"When it comes to Serbia and Croatia, it is a past full of emotion. I was a young soldier when the war broke out on the territory of the former Yugoslavia. I also have neighbors who came from the region, who come to me for Catholic Christmas, and I visit them for their Orthodox holidays. To understand this problem, one must look at history," said Hofer.

"I believe that the blockade issue will be resolved. Serbia is on the right track. Austria, a neutral country, can contribute by mediating to ensure Serbia's admission to the EU," he said.

Hofer said that if elected Austria's president, he wants to visit countries in the Balkans and mediate.

"I want to solve problems, because I am convinced it is very important for peace in Europe that Serbia and Croatia have good relations," he underlined.

Asked "whether Serbia must recognize Kosovo to become a member of the EU" Hofer said this was "a condition placed by the EU, although it, on the other hand, acts in contravention to these requirements, and, despite the unresolved Cyprus issue, wants to speed up the negotiations with Turkey."

"I think that we should apply the same yardstick," he said.

Hofer added that Serbia is "a very important partner to Austria due to their economic contacts" and that he intends to encourage and push forward this cooperation.

Asked about Bosnia-Herzegovina, Hofer said he found that Austrian diplomat Valentin Inzko's activities as the international representative there "have not been crowned with great successes."

"I am confident that we will still be faced with many problems in Bosnia, and I believe that the high representative, if he continues performing his duties as before, cannot contribute to a solution," he stressed.

As for the EU, he said the organization "has a future - but the question is in which direction it will develop":

"The EU will have a future only if it develops in the spirit of Charles de Gaulle, which stipulates that member states are strong. It must be a Europe of agreements on important issues, as well as a Europe in which member states could feel free to independently solve their problems. An EU must not be created modeled after some sort of 'the United States of Europe' or 'the centralized state of Europe'."

When it comes to EU's enlargement, he advocates acting "carefully, and in a measured manner."

"I do not think it would be easy to admit Turkey to the EU, as to the Union would not be able to cope with that. However, countries that are similar culturally, that meet economic and legal conditions, and contribute to the stability of Europe should be admitted to membership," said Hofer.

Hofer stressed that does not support the free trade agreement between the EU and the United States (TTIP).

When it comes to the migrant crisis, the Austrian politician believes that the solution is in respecting valid EU agreements, including the Schengen agreement and the Dublin rules.

He praised the cooperation of the Western Balkan countries when it comes to the crisis.

"The Balkan countries, although we know this was difficult, took the correct measures and Austrians are very grateful for that," Hofer underlined.