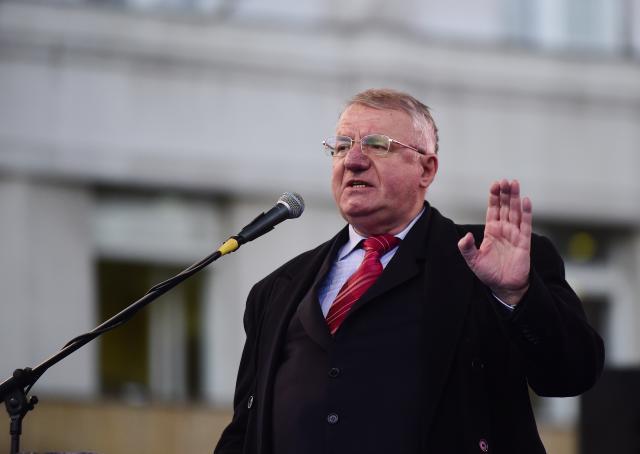 Obradovic told the N1 broadcaster that he was pleased with the fact the Trial Chamber "repeated the Serbian side's arguments, presented in the process led due to Croatia's lawsuit."

"This is a first-instance verdict and there is no doubt that the prosecution will appeal. The proceedings are not over. I am personally satisfied because our thesis that political ideas are a priori criminal has been repeated. They have been repeated by judges from France and Senegal, and we can be satisfied, but it is surprising that someone in the tribunal is thinking in this way," he said.

The SRS party leader was not present in the courtroom during the reading of the verdict. Obradovic said this was "not unexpected," and added:

"There's no controversy when we take into account the decision that has been made, then I understand why his (Seselj's) arrival was not necessary. The Appeals Chamber asked for his return due to the reexamining of the conditions for his provisional release, but it was afterwards decided to postpone his return for the duration of his medical treatment."

"I have no doubt Seselj will file demands to every address, which is understandable because he was detained, in jail, deprived of his freedom for 11 years and eight months."