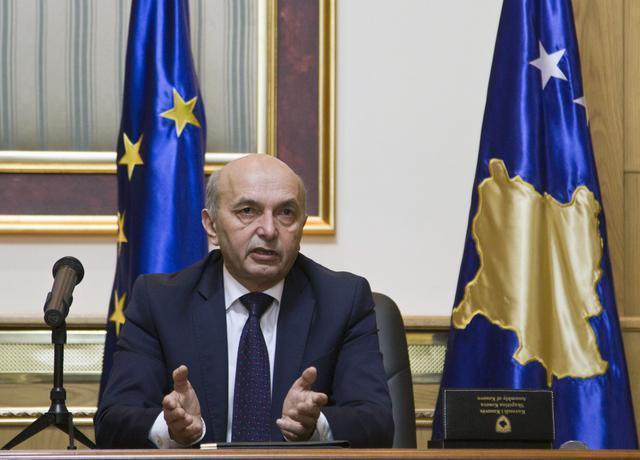 "While dialogue in Brussels is ongoing, the Serbian government nominates or determines parallel authorities in education and health care in Kosovo municipalities," Mustafa told Vojvodina's provincial public broadcaster RTV in what Beta agency said was his first interview with a Serb media.

According to the report, he added that "the formation of parallel institutions is unacceptable for the Kosovo side and announced that further dialogue will concern the process of abolishment of Serbian parallel structures."

"Until Serbia abolishes these institutions, it will seem that it is not willing to participate in adequate normalization," said Mustafa.

He "added that he feels bad when he goes to Brussels for talks, while his fellow citizens have not yet been enabled visa liberalization with EU countries."

As Mustafa announced, one of the topics of this year's first meeting with Serbian Prime Minister Aleksandar Vucic will be air travel. He said they will discuss an agreement on rail and air traffic between Belgrade and Pristina, but also Macedonia.

Mustafa added that this would enable for "shorter flight times, reduced costs, especially of transportation of goods by rail."

He also said he occasionally hears from Vucic, and that their last conversation was about the flooding in Kosovo.

"We have no problem in communication. He called me to express Serbia's readiness to help during the floods we've had," said Mustafa.

Mustafa stated there was "no political crisis in Kosovo" - because the government has a two-thirds majority in the assembly.