"I'm afraid, the Russians are moving..."

NATO Secretary General Jens Stoltenberg said today that the Alliance fears that the conflict in Ukraine will escalate in the spring.

"I'm afraid, the Russians are moving..."

NATO Secretary General Jens Stoltenberg said today that the Alliance fears that the conflict in Ukraine will escalate in the spring. 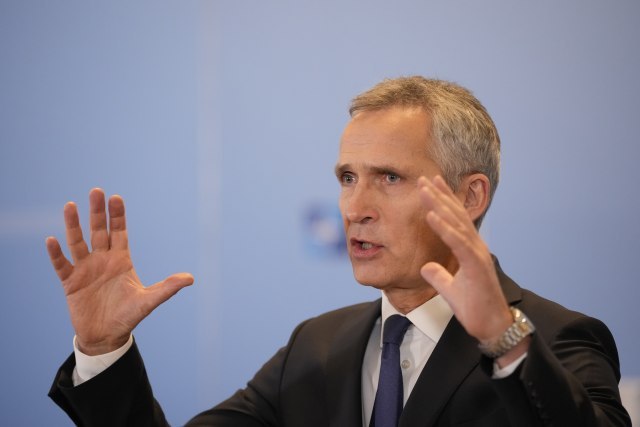 "Russia is now trying to 'freeze' the conflict, before launching a larger offensive in the spring," Stoltenberg said via video link at a conference on new geopolitical and economic strategies organized by the British newspaper "Financial Times".

Stoltenberg said that NATO allies must continue sending aid to Ukraine, because the conflict, which is expected to enter a calmer phase during the winter, will continue during the spring, reports the "Financial Times".

"The conditions for a diplomatic solution do not exist now. If we want a peaceful solution, we must continue to provide military support to Ukraine," Stoltenberg said, adding that Russia has not shown a desire for a peaceful end to the conflict.

During his presentation, Stoltenberg emphasized that a possible "victory of Russia would cause serious consequences for the alliance and make NATO more vulnerable".

Asked to comment on the attacks on air bases by Ukrainian drones, the NATO Secretary General said he had no information about these specific incidents. "We see that Ukraine is conducting self-defense. We have to take into account the context. We see daily Russian attacks on Ukrainian cities, critical infrastructure of Ukraine".

Previously, the Bloomberg agency reported the statement of US Secretary of State Antony Blinken that Washington did not help Ukraine to carry out strikes on the territory of Russia.

The Russian air defense managed to shoot down the drones.

The Secretary General believes that ending the conflict in Ukraine will not automatically lead to the normalization of relations between NATO and Moscow.

In addition, according to his words, the question of ensuring the efficiency of the functioning of the weapons that have already been delivered to Ukraine, the delivery of ammunition, spare parts, as well as the technical maintenance of these types of weapons is also of great importance.