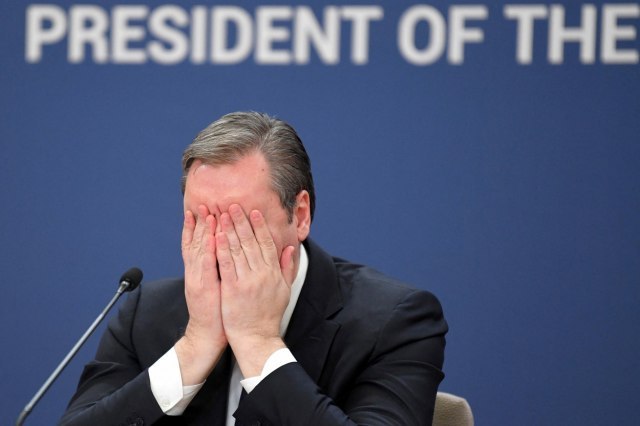 He met with the Prime Minister of Hungary, Viktor Orbán, and the Federal Chancellor of the Republic of Austria, Karl Nehammer.

"Today we had a full-day program implemented by Viktor Orbán. I am satisfied that the three of us had a long talk with the Chancellor of Austria. We talked about important issues and anticipating the growing volume of the conflict in Ukraine, I believe we will be under even more pressure, but we have to work", Vucic said.

"We agreed with Hungary and Austria to help each other on every issue. We talked about countless topics. People have no reason to worry today, but I know that difficult times are coming. The key struggle will be how to preserve the low price of electricity," Vucic added.

"They want to act as observers in the Open Balkans," he continued.

"The key question is who will survive next winter. I do not think that they will quickly overcome and defeat Russia, just as I do not believe that Russia will overcome Ukraine so quickly," said Vučić.

"Tonight, I've exchanged messages with the French President about it, we will see each other in Prague, and I believe that soon I will have the opportunity to see him again. I hope that he will visit Serbia again in 2023, which is very important for us", President of Serbia points out.

"As for drawing mustaches, you can draw them as much as you want, but the textbooks will forever show who greeted Hitler with flowers, and who fought against him," commented Vučić on the cover of the Croatian magazine.

"If they thought it was time to do to Serbia what they did to many European countries, I have to tell them right away that they chose the wrong country. We will not allow that even to those who are much stronger, and we have never had anything against Ukraine. We have not acknowledged the splitting of parts of Ukraine, nor the results of the referendum. Unlike those who are afraid because they are able to be arrogant, I have no fear. Our situation is as clean as a tear. We are so clean that no one has anything to say to us. They cannot identify NATO, the USA, which defends them with those who invaded their country. The only thing you can never do is erase the facts. Based on which document was the aggression against Serbia carried out?", adds Vučić.

"I call on all people to be united, and to understand that for the whole world faces with the most difficult period since the Second World War. It will be a difficult time, but if we want to preserve the standard, we will have to conduct politics with filigree precision, to make difficult decisions, but the most important thing is to preserve the country, life in Serbia and not to trample on our own pride and the heroic past of our nation and endanger the future of our children", Vucic concluded.