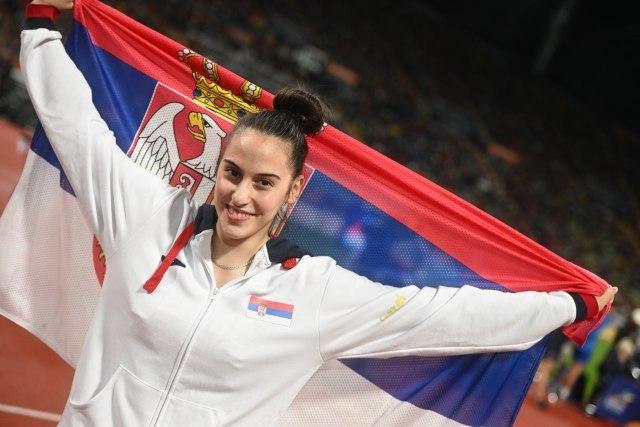 In the fifth series, Vilagoš reached the result for bronze by a centimeter (60.32m), but in the sixth, the experienced Barbora Špotáková surpassed her with 60.68.

However, Vilagoš immediately shows nerves of steel and in the last attempt throws an extraordinary 62.01 meters and thus reaches the silver.

Thus, at the age of 18, Vilagoš became the youngest winner of a medal at the championship.

This is Serbia's third medal in Munich - Ivana Vuleta won the gold, and Armin Sinančević won the silver. The gold in the javelin went to Elina Tzengko from Greece with 65.81, and the bronze to Špotáková from the Czech Republic with 60.68 meters.

The tragic competitor in the last series was the Hungarian Réka Szilágyi, who had the result for silver before the last shots of the Czech and Serbian competitors.

Our athlete started the competition weakly, she was clearly nervous considering that this was her first senior final, she threw 51.15 meters, but from series to series she threw better and better.

In the second, she already reached 55.14, and after that she came in eighth place, and she came in fourth place after a shot in the third series of 59.64 meters.

She was not satisfied with that, she was aware that she could do better and after 56.03 in the fourth series, she made that fantastic result in the fifth, and then even better in the last series. She was not afraid of the older and more experienced athletes than herself, she believed until the last moment and it paid off for her.

With this, she showed what kind of talent she is and that she has a great career ahead of her.