What if "something breaks" in Zaporizhzhia? The plans of the Russians revealed

All the eyes of the world are focused on the largest nuclear power plant on the soil of Europe - Zaporizhzhia, which is currently controlled by Russian forces.

What if "something breaks" in Zaporizhzhia? The plans of the Russians revealed

All the eyes of the world are focused on the largest nuclear power plant on the soil of Europe - Zaporizhzhia, which is currently controlled by Russian forces. 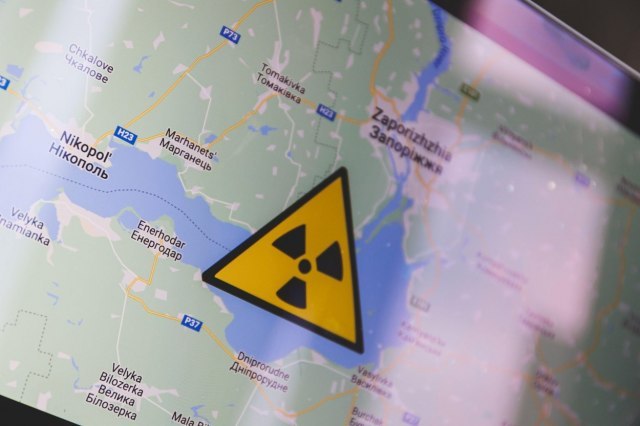 All the eyes of the world are focused on the largest nuclear power plant on the soil of Europe - Zaporizhzhia, which is controlled by Russian forces. If "something breaks", the consequences will be enormous.

Russia believes that the Ukrainian side in the conflict is planning to carry out an attack on that nuclear plant, for which, as reported from Moscow, they will surely blame Russia.

The State Department has announced that Russia is allegedly ignoring nuclear safety issues and using violence against nuclear plant employees.

On the other hand, the Russian Embassy in the USA denies this, claiming that Washington is pushing the Ukrainian forces into the implementation of criminal ideas with open lies about the situation around the Zaporizhzhia nuclear power plant, as a result of which there is a threat of a man-made disaster, the consequences of which Europe will have to deal with for many decades.

In any case, the regional manager said that the protection system at the Zaporizhzhia nuclear power plant was raised to a higher level due to the possibility of an attack by Ukrainian forces.

In the meantime, information was received by the British media that the Ukrainian state nuclear agency "Energoatom" announced that Russian forces plan to shut down the functional energy blocks in Zaporizhzhia and thereby disconnect them from the Ukrainian electricity grid.

"Energoatom" stated in today's statement that it believes that Russia, which controls the nuclear plant in southern Ukraine, is preparing a "large-scale provocation" there.

"The Russian military is currently looking for fuel suppliers for diesel generators, which should be switched on after the power units are shut down in the absence of external power for nuclear fuel cooling systems," Energoatom said in a statement.

Numerous media reported the news that the movement of Russian vehicles around the mentioned nuclear plant has been recorded since this morning.

The large nuclear plant, Europe's largest, was seized by Russian forces in March, but Ukrainian technicians are still working there, although only two of the six reactors are operating at full capacity. Therefore, Russia is also accused of treating Ukrainian personnel negligently.

If the Russians shut down the power plant, it would create new pressure on the supply of electricity to Ukraine, and that country is already preparing for the worst winter since independence due to war destruction.