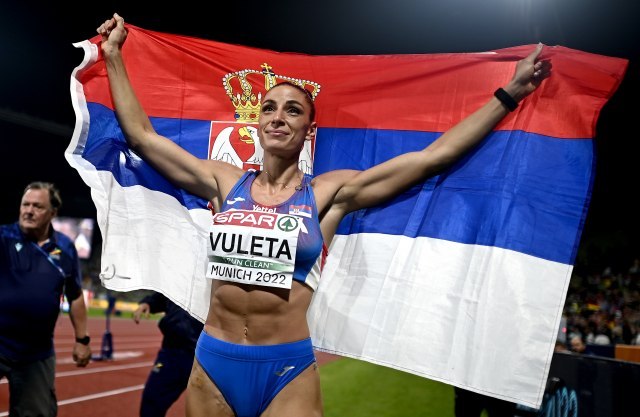 Vuleta won the gold with a jump of 7.06 meters.

Behind her was Germany's Malaika Mihambo, the current Olympic champion, with 7.03. The bronze went to Britain's Jasmine Sawyers with 6.80.

This is the second gold for the Serbian athlete at the European outdoor championships after the victory in 2016 in Amsterdam, and she also has silver from Zurich in 2014.

Our Milica Gardašević was also in the final, ranked seventh in the end. Gardašević jumped 6.52 meters in the second series, but made a total of four fouls.

If she had jumped like in the qualifications (6.83), she would have won bronze...

The biggest drama was seen in the fight for the third place, since the Ukrainian Bekh-Romanchuk had the advantage almost the entire final, but in the last jump Sawyers managed to jump 6.80 beyond all expectations and was decorated with a bronze medal.