Ukraine launched a counteroffensive; Tactics: "We will create chaos to the Russians"

Ukraine launched a counteroffensive; Tactics: "We will create chaos to the Russians" 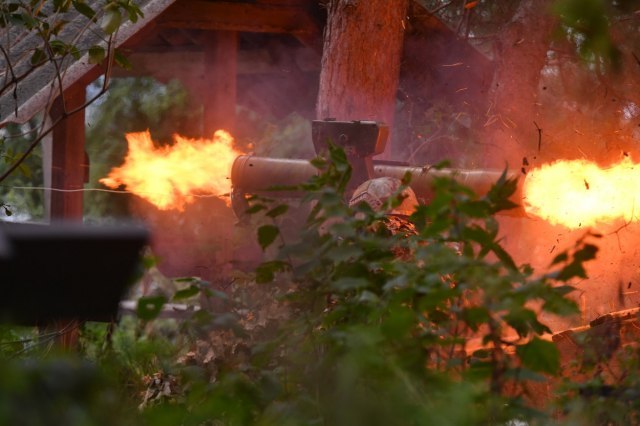 As Podolyak stated, the goal is to create chaos within the Russian forces by attacking supply lines deep in the occupied territories.

Podolyak said that in the next two to three months, there could be attacks similar to today's mysterious attacks on the railway hub and air base in Crimea, as well as last week's attack on Russian warplanes on the Saki airport in Crimea.

Russia said today's fire at an ammunition warehouse in Crimea's Dzhankoi district is an incident Podolyak called a "reminder" that Crimea "presents a high risk of death for invaders and thieves".

🇷🇺 do not comply with fire safety. - Yuri Ignat, speaker of the Air Force of the Armed Forces of 🇺🇦.

Details: "Dzhankoy (Crimea) is another airfield where the 🇷🇺 have concentrated attack helicopters and other military equipment."

Ukraine has not claimed responsibility for the attacks, which prompted Russian tourists to flee Crimea in panic. In the capital of the region, Simferopol, queues formed today in front of the railway station.

Ministry of Defense in Moscow said it was dealing with cases of sabotage and was taking "necessary measures" to prevent further episodes. "Our strategy is to destroy logistics, supply lines and ammunition warehouses and other military infrastructure facilities. This creates chaos in our own forces," said Podolyak.

"So, Russia thinks that the counteroffensive requires a huge amount of manpower like a giant fist and goes only in one direction. The Ukrainian counteroffensive looks completely different. We don't use tactics from the 60s and 70s, from the last century," he said.


Does Ukraine have enough soldiers and weapons for a counter-offensive?

However, his remarks could also be interpreted as an admission that Ukraine is struggling to muster the amount of men and weapons needed for a counteroffensive in the country's south, which typically requires a three-to-one troop outnumbering.

Instead, Ukraine tried to cut off Kherson, the only occupied city on the west bank of the Dnieper River, by destroying road and rail bridges with recently delivered Western artillery. The goal is to prevent Russia from effectively supplying its forces. Podolyak requested "another 50, 60, 80" MLRS, in addition to the 20 that have already arrived in Ukraine.