CETINJE -- Director of the Police of Montenegro is called to resign after the tragedy in Cetinje.

CETINJE -- Director of the Police of Montenegro is called to resign after the tragedy in Cetinje. 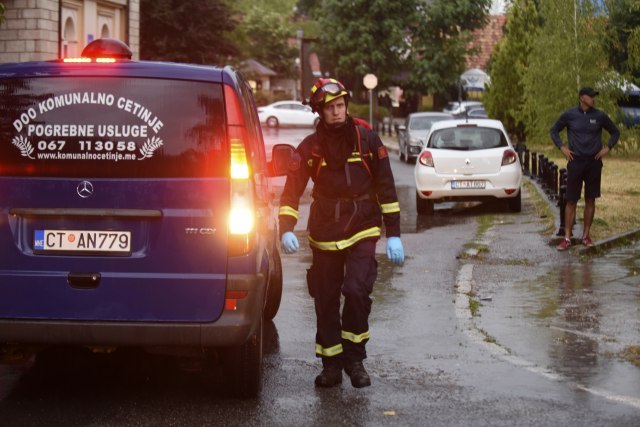 The President of the International Police Organization of Montenegro, Ivan Pekić, says that after the tragedy in Cetinje, it would be normal for the Director of the Police Administration, Zoran Brdjanin, and the Minister of Internal Affairs, Filip Adžić, to resign.

"Personally, I am of the opinion that there must be moral responsibility of the Minister of Police and the director, and I think it was normal for them to resign in these situations," said Pekić for the morning program of TVCG.

According to him, all of us as a society should get involved and ask ourselves as citizens of Montenegro if we are really safe.

"Our Police Directorate does not invest enough in its staff", he assessed and added that it was not easy for the policemen from the general jurisdiction in Cetinje. They, he said, gave their maximum when trying to overcome Vuk Borilović and did everything they could.

"These people are not trained for these situations. The question remains, whether a helicopter could have been used that day, whether the Anti-Terrorist Unit, which was trained, could have had a helicopter at hand, and whether it was really physically possible to arrive so quickly with vehicles to Cetinje in the middle of the tourist season," Pekić said.

He thinks, he pointed out, that the policemen turned out to be heroes. "On inaccessible terrain, the police got into a crossfire with Borilović, it's not easy at all," he said, stressing that Borilović, as a hunter, was very skilled with weapons.

In a random shooting, Borilović killed 11 people, including two children, while he wounded more before he was liquidated. The police are still determining who killed Borilović, the RTCG portal reported.