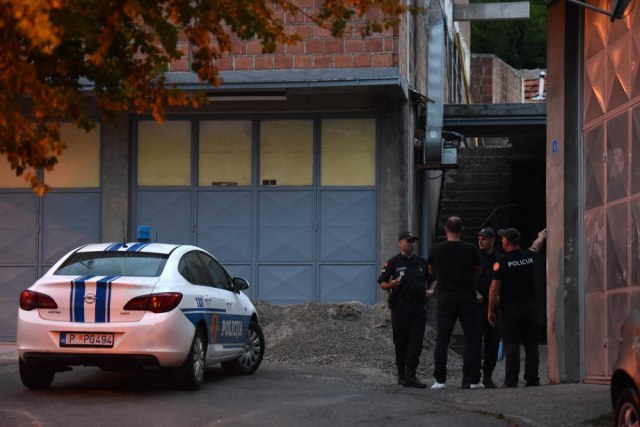 Government of Montenegro has declared three days of national mourning for the victims of a mass shooting in town of Cetinje that has shattered the community.

We transmit the police statement in its entirety:

"Yesterday, on August 12, 2022, at around 3:30 p.m., emergency service of Cetinje Police Department was informed by several citizens that a firearm had been used in the Medovina settlement.

Also, on the basis of the reconnaissance actions carried out so far, including the statements, that is, the information collected, it follows that around 3:30 pm V.B. (34) had a telephone conversation with another person, whose identity we will not disclose for the time being, for reasons of protection of the injured parties and witnesses, and in which, among other things, he announced that he had taken the life of the family that lived with him in his house, i.e. two minors children.

This conversation was preceded by another conversation about the content and identity of the persons, for the time being, for the same reasons, we will not declare, but which confirm the previous allegations. Police officers on duty were immediately dispatched to the scene. When they arrived, near the Medovina settlement, they heard gunshots, screams and noise from the locals.

At the same time, seeing them, the suspect V.B. used a firearm against the police officers who, due to the fulfillment of the legal requirements, retaliated by using a firearm in order to disable the assailant. At that time, about 20 projectiles were fired by the police officers in the direction of the perpetrator of the serious crime.

During the exchange of fire in this incident, an officer of the Police Department was wounded in the head. The measures and actions carried out so far indicate that one of the projectiles fired by the police officers hit V.B. and on that occasion seriously wounded him. After the alternating use of firearms by the police officers and V.B., according to their statements and reports, at one point there was no more use of weapons by V.B.

This is also confirmed by the statement of the witness who spoke to V.B. around 3:50 p.m., that is, about twenty minutes after the telephone conversation previously conducted by V.B. According to the testimony of the witness, in this telephone conversation from 3:50 p.m., V.B. stated that he had killed a large number of people and that he was seriously wounded and that he thought he would not survive.

The police did not issue press releases for objective reasons, that is, until the facts and consequences of this, for Montenegrin circumstances, unprecedented case were undoubtedly established. We also believe that it was the only responsible approach, especially bearing in mind that the publication of any insufficiently verified information, which given the particularity of the circumstances, would be numerous and could lead to negative consequences.

Moreover, immediately after reporting to the police officers about the circumstances on the spot and locating the wounded perpetrator of serious crimes, as well as blocking part of the area in order to protect citizens and create preconditions for the action of the tactical unit, the procedure of engaging the special tactical unit (PTJ) was started, and in the meantime the death of V.B. occurred.

It is still being investigated if he died as the result of the serious injury (by police) or as the result of being shot at by a local citizen in an as yet undetermined manner. In this sense, the police have certain data and indications that are checked by further police-prosecutor activities.

The police administration will also, in accordance with its procedures, within the framework of the complete determination of the facts of this case, check all the actions of its officers in order to authoritatively determine whether they were in accordance with the law and standards.

In the interest of the public, we point out that based on the information gathered, there are indications, based on the statements of persons from V.B.'s immediate environment, which indicated changes in his behavior but not the potential committing of such a crime, and on that occasion, a specialist examination of V.B. was scheduled. We also emphasize that there is no knowledge, nor was it reported to the police, that there were earlier conflicts, nor any previous attack in the last period by V.B. to the tenant's family.

In the same sense, the execution of this serious crime should not be linked with any illegal behavior from the previous period. The police administration appeals for solidarity and that this tragic event is not misused in public and on social networks, by putting it in a wrong or manipulative context, because malicious, inaccurate and unfounded presentation of facts in relation to individuals, as well as the sequence of events, is not an expression neither respecting the victims nor helping the competent institutions to complete all procedures in accordance with the law.

It is very important, especially in the context of numerous irresponsible comments, announcements, statements and behavior, to prevent any reasons for further conflicts between families, and especially within the framework of negative customs that should be eradicated in the territory of Montenegro.

The shooting on August 12 took the lives of 11 people, including the attacker.