BELGRADE -- Serbian President Aleksandar Vučić commented on misinformation about the alleged construction of a Russian military base in Serbia.

BELGRADE -- Serbian President Aleksandar Vučić commented on misinformation about the alleged construction of a Russian military base in Serbia. 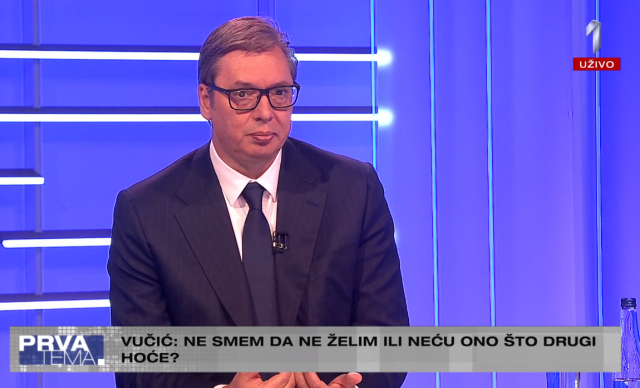 "They say that Putin humiliates me, and so does Russia. And they are in NATO, and they have both American and Albanian soldiers on their territory whenever they need it. I guess that's something to be proud of, and for us to have someone else, that's humiliation. Serbia doesn't need any military bases, Serbia will defend its country and people on its own, build alliances, and not be ashamed of good relations with Russia, America and China. We will take care of ourselves," President pointed out.

Vučić says that he is the supreme commander for another five years, and that no one will force him to let Serbia build a foreign military base on its territory.

"There are three options for that to happen, for me to be replaced, for my mandate to expire, or for me to be killed or for me to die. Otherwise, you cannot force me to make Serbia lose its military neutrality," said Vučić.