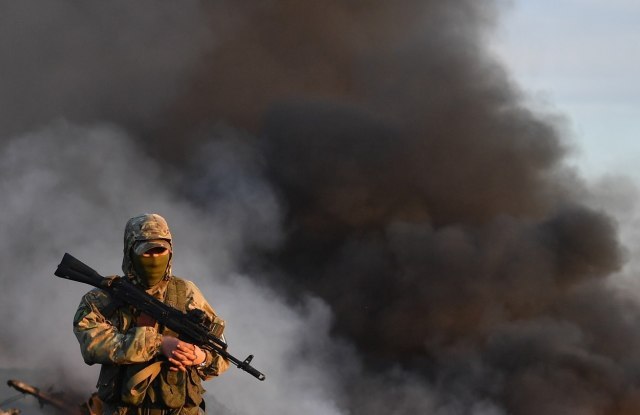 The Russian army is advancing in the Donetsk region. Fighting is also taking place in the forests southwest of Slavyansk, as well as north of Kharkiv.

US sends new $1 billion in military aid to Ukraine. There are no conditions for a meeting between Putin and Zelensky, says Moscow.

Kyiv asked for help from the IMF. More than 305.000 tons of grain were shipped from Ukraine. Another part of Ukraine, along the Dnieper River, is announcing a referendum on joining Russia.

The document on the declaration of citizens was signed by the head of the Zaporizhzhya region, at the forum of the movement "Together with Russia" in Melitopol.

They will pay for Zelensky's whims

This morning, the Kremlin reacted to the statement of Ukrainian President Volodymyr Zelensky, in which he asked the West to ban the entry of all Russian citizens.

Kremlin spokesman Dmitry Peskov said the proposal was irrational, adding that Europe will have to decide whether it wants to pay the consequences for Zelensky\'s "whims".

He added that there is no way for the Russians to be isolated from the rest of the world.

Kadyrov: We took control of the Knauf factory in Soledar

The leader of Chechnya, Ramzan Kadyrov, announced today that pro-Russian forces have taken control of the territory of the Knauf construction material factory in Soledar, Donka region.

"The forces of the allied forces in the city of Soledar have taken control of the territory of the Knauf factory," Kadyrov wrote on his Telegram channel, reports Interfax.

Russian forces entered Soledar six days ago and have been trying to seize the factory ever since.

Ukrainian President Volodymyr Zelensky today called on Western countries to impose 12-month-ban on the entry of all Russians in order to prevent Russia from annexing Ukrainian territory.

In an interview with the Washington Post, Zelensky assessed that the most important sanctions are the closing of the borders because "the Russians are taking other people\'s land."

He added that "Russians should live in their own world until they change their philosophy."