Ursula: That's why I don't support it

Ursula: That's why I don't support it 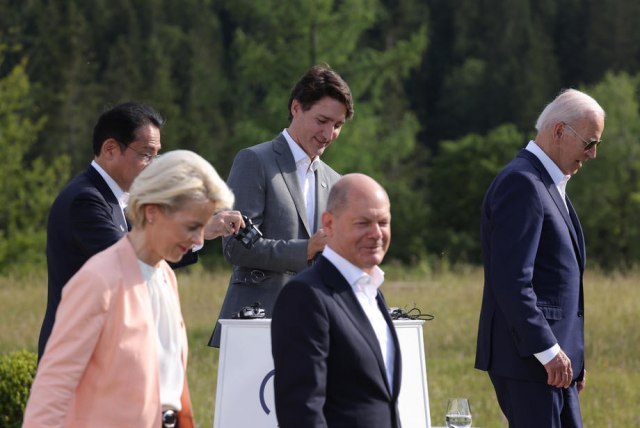 The head of the European Commission, Ursula von der Layen, stated that she does not support the idea of a boycott of the G20 summit if Russian leader Vladimir Putin participates in it.

“We should think carefully about whether the G20 will be paralyzed. Therefore, I do not support this, ”Von der Leyen said in an interview with the German TV channel ZDF on the sidelines of the G7 summit.

Von der Leyen added that the G20 format is of greater importance not only for developed countries, but also for developing ones.

In her opinion, it is necessary to discuss the current situation in the world with each other.

The summit of G20 leaders is expected to be held on November 15 and 16 in Bali. Leaders of all G20 countries have been invited, including Russian President Vladimir Putin.

Earlier, the United States and a number of allied countries tried to put pressure on Indonesia, which chairs the G20 this year, in order to prevent Russia from participating in the G20 summit, which will be held on the Indonesian island of Bali in November, because of Ukraine.

However, the Indonesian authorities said in response that the invitation to Russia has been sent and cannot be withdrawn, the G20 summit is considering economic issues and politics cannot influence its agenda.

At the same time, the Indonesian government, at the suggestion of the United States and its allies, invited Ukraine to the summit.