The special operation of the Russian army in Ukraine today enters the 89th day.

The special operation of the Russian army in Ukraine today enters the 89th day. 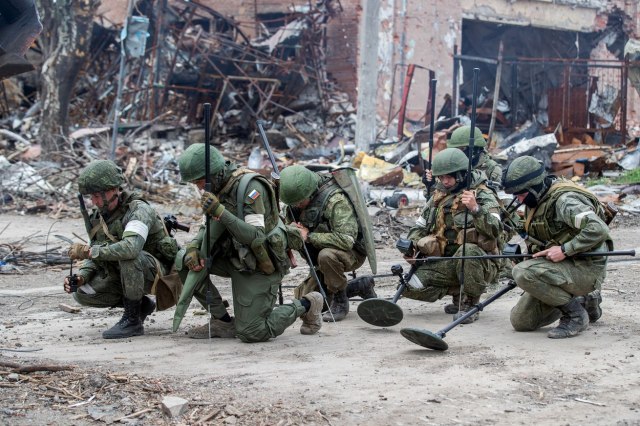 The war and the state of general mobilization in Ukraine have been extended for three months, the Ukrainian parliament has decided.

The situation in the eastern part of Donbas is still extremely difficult, because the Russian army is trying to advance towards the cities of Slavyansk and Severodonetsk, said the President of Ukraine, Volodymyr Zelensky.

On the Donetsk route, Russian troops are trying to break through the Ukrainian line of defense and reach the administrative border of the Luhansk region, the General Staff of Ukraine announced. Russia is ready to continue talks with Ukraine, which were frozen at the initiative of Kyiv, said the main Russian negotiator Vladimir Medinsky.

Russia: We destroyed some U.S. howitzers of the Ukrainian army

Russia's Ministry of Defense announced that its forces destroyed a Ukrainian unit that used U.S. howitzers such as the M777 howitzer, the RIA Novosti news agency reported today. Last week, Ukraine placed the largest part of the 90 sent American howitzers of the M-777 howitzer on the front lines, the U.S. embassy in Kyiv announced earlier.

Reuters then reported that the M-777 was part of a large shipment of howitzers from the United States, with the intention of helping Ukraine defend itself from the Russian attack, and was part of the latest American aid worth 800 million dollars intended for the Ukrainian army.

Zelensky: Up to 100 Ukrainians die every day in the east

Ukrainian President Volodymyr Zelensky announced that 50 to 100 Ukrainians die every day in the fighting in the east of the country.

Apparently, he spoke about the military victims of the conflict. Guardian correspondent Emma Graham Thompson says Ukraine has so far not been particularly transparent about its own military casualties, adding that the fact that Zelensky is open about figures that mean 3.000 Ukrainians have been killed in the east in the past month shows how brutal the fight is.

The fact that Zelenskiy is being open about casualty rates equivalent to 3,000 Ukrainians giving their lives in a month is a sign of how brutal the fight is https://t.co/VxeeMIXkzQ

Prime Minister of New Zealand, Jacinda Ardern, stated today that her country will deploy another 30 additional troops in Great Britain, in order to support the training of Ukrainian forces.

"The troops will be in Britain until the end of July," Ardern was quoted as saying by CNN. They will train Ukrainian soldiers on how to use the L-119 light pistol, Prime Minister of New Zealand added. Troops, training ammunition and surplus equipment, including targeting systems, will be relocated by British-coordinated air.

The decision follows the previous deployment of 66 New Zealand troops in April, along with the Royal Air Force Air Force C-130 Hercules, which serves as the main tactical carrier for military forces around the world.