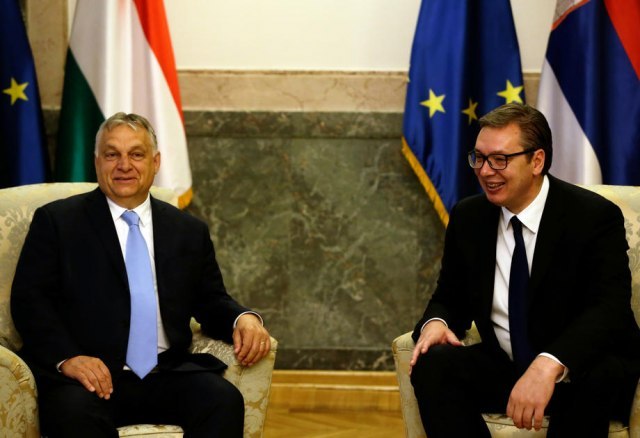 "Citizens' trust is always the greatest part and the most difficult responsibility, and in difficult times it requires exactly the kind of commitment, determination and state wisdom that you have shown so far and that everyone needs today, more than ever before."

Vučić adds that he is convinced that Hungary will continue on the safe road of comprehensive progress, despite the numerous challenges that the future brings us.

"On that road, Serbia will, as before, remain a reliable, faithful and honest partner of your country and your people," Serbian President said. Vučić pointed out that he would continue to fight for the common values ​​and interests of Serbia and Hungary and the two peoples, as well as to work together on establishing even better and stronger ties. "As before, we will pay special attention to our minorities, because even though we are divided by borders, people on both sides represent the strongest bridge between our countries. Along with bilateral relations, I know that we will continue to develop personal friendships. I would like to take this opportunity to thank you and your Government for your open support for Serbia on its European path, at a time when many did not dare to do so and did not want to show it," Vucic added. He states that he is looking forward to the next meeting, at which, as he says, they will jointly lay even stronger foundations for numerous future projects for the benefit of all citizens.

"I extend to you once again sincere congratulations on your re-election with the best wishes for good health, as well as personal and state happiness," reads President Vučić's congratulatory message to Prime Minister Orbán.