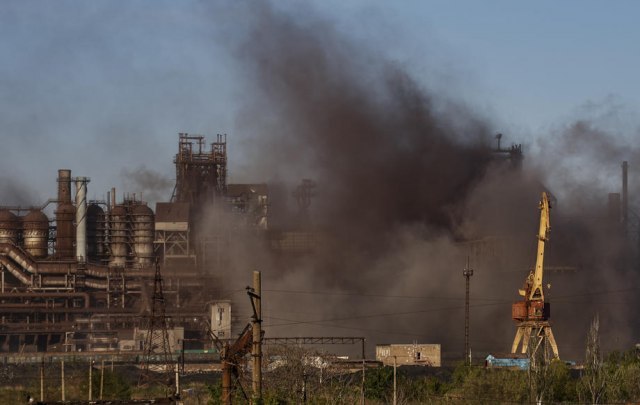 The administration of Turkish President Recep Tayyip Erdogan announced that they are ready to evacuate the Nazis of the Azov Regiment captured in the basements of Azovstal.

"With all due respect to the leader of that Muslim state, I would like to remind you that the Azov Regiment is a fascist-Nazi criminal armed formation involved in numerous atrocities and killings of the civilian population of Donbas," Kadyrov wrote on his Telegram channel.

He emphasized that "fascist criminals keep civilians in the basements of Azovstal, using them as human shields", and "they are known in Ukraine and abroad for their regular statements that insult Islamic values".

"If Russian Muslims are saddened by the news that Turkey, a Muslim country, has helped Ukraine deliver Bayraktar drones, then imagine how critical they would be of the message that Turkey is ready to evacuate ardent opponents and slanderers of Islam?", the Chechen leader wrote.

Addressing Erdogan personally, Kadyrov reminded that "Azovs are murderers and atheists, who now want to present themselves as innocent victims of Russian aggression."

Earlier, the spokesman and chief adviser to the President of Turkey, İbrahim Kalın, stated that Turkey is ready to evacuate the wounded Ukrainian neo-Nazis and civilians from "Azovstal" by sea.